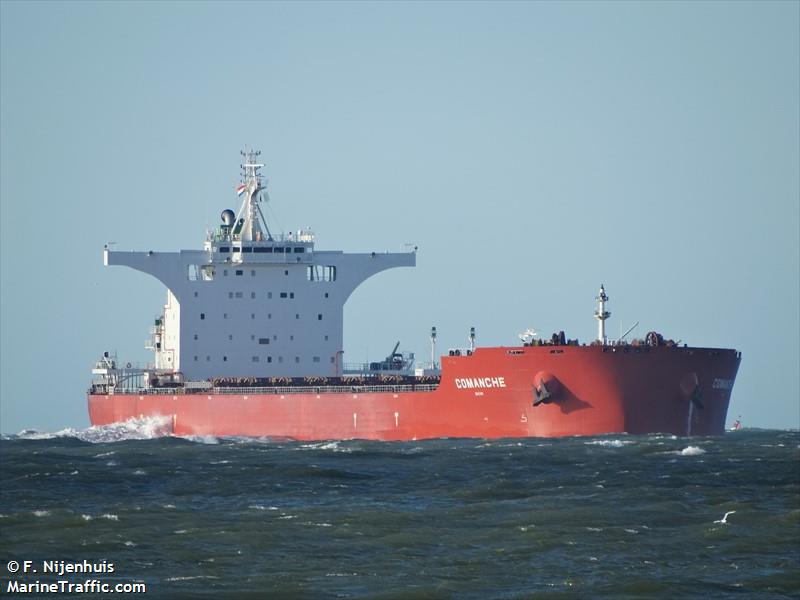 lost power off the coast of Newfoundland, on Canada’s Atlantic coast. The 292-metre-long bulker was en route from Sept-Îles, Quebec to the Suez Canal when its engine failed, leaving it drifting about 19 nautical miles off Cape St. Mary’s.

The Canadian Coast Guard reported on Facebook that it was working with the ship’s owner to “coordinate response to the MV Comanche to mitigate any threat to the vessel, its crew and the environment.” Within a few hours of that notification, the Coast Guard provided an update, noting that tug vessels had arrived to stabilize the vessel from further drifting.

Coast Guard ships Terry Fox and Cygnus were on the scene to assist tugboats hired by the ship’s owner. The ship was towed to a mooring location in Placentia Bay as a storm neared the area.

No injuries or pollution were reported.

This was the second ship last week to lose power in the area and require towing. The MSC Kim has since been safely towed to port in Sydney, Nova Scotia.