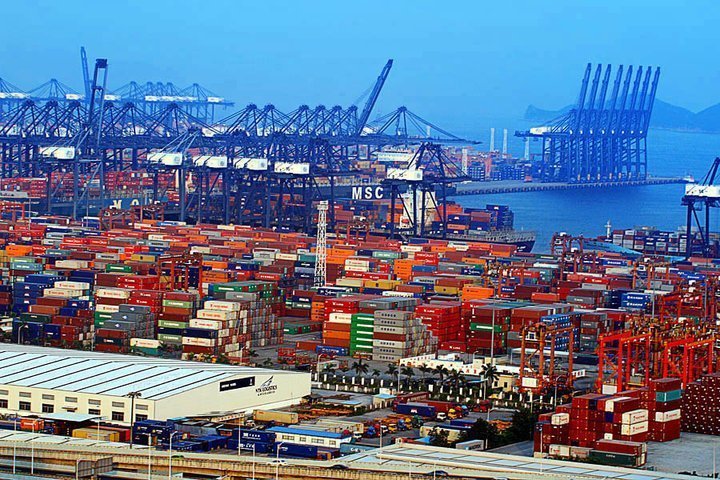 There has been much debate around the need for a level of digital integration within logistics and supply chain systems. Driving the debate is the shift from port-to-port cargo movement to that of last / first mile delivery considerations, particularly with the growth of e-commerce. China’s digital Silk Road (DSR) brings a new focus to the debate as it attempts to deliver a sustainable trade network being created by the Belt Road Initiative (BRI). The debate centers on whether smart ports / supply chain should have a single platform for digital communication or whether there should be an open inter operable data standards that can communicate with each other. Whilst China talks of a single system under the umbrella of the DSR, the success of the rail/port pairing strategy into multimodal transport models under the BRI depends on the ability to digitally integrate all the participants within the BRI countries.

A core component of its foreign policy, China has adopted the Belt and Road Initiative to connect Eurasian and African nations for the purposes of trade and economic development. Initially with a focus on physical infrastructure, it soon realised that a digital platform is needed to facilitate transport planning and seamless multimodal logistics services. Whilst internet infrastructure allows China to connect with these countries it also facilitates trade by allowing greater transparency and visibility of cargo along the supply chain.

The centrality of cyber space and digitalisation was highlighted by Xi Jinping’s announcement at the first BRI summit in 2017 that big data will be integrated into the BRI through the development of a “21st century digital Silk Road”. The aim of the DSR is to bring advanced IT infrastructure to BRI countries, including broadband, e-commerce hubs and smart cities. The literature discussing the BRI has largely understated the importance of digitally-based communication in this change process.

With China consuming more of what they produce, global value chains are being reshaped by cross-border data flows, particularly new digital platforms . This is driving a reassessment by companies of their geographic locations as well as developing collaborative relationships within their supply chains. Blockchain within the maritime shipping sector is an example of how digitalisation and digital integration are shaping this move toward a more collaborative business environment. It feels as if daily that a new digital platform in shipping is being introduced. Recent announcements by Global Shipping Business Network and the IBM-Maersk led TradeLens all demonstrate the commitment and progress towards this integration that is being sought after.

We regularly see reports on smart port development, and how these facilitate world trade. Singapore’s Tuas mega port is an example of a smart transhipment port as is the Port of Rotterdam. Whilst these ports claim to be smart, they are not that smart in digitally communicating with other ports or land-based transport that operate on differing data and software platforms. It is at this digital interface that things fall and suggest there is still a way to before we will get to an understanding of what a real port.

At a macro level, we have two broad-based data platforms emerging. On the one hand you have the US’s GPS data tracking system and on the other there is the Chinese BeiDou Navigation tracking system. As these don’t communicate, it is becoming increasingly apparent that global shippers and freight forwarders will have to use two incompatible data sets if they are to trade across the West / East divide. Exacerbating this is China’s socio-economic vertical integration allowing the BRI to be less dependent on Eurasia’s value chain offerings. Furthermore, at a micro level, the recent digital developments are creating independent business silos that hinders data transfer across and within industry.

The question now must focus on how we can use the data at the interface between these business silos that would add value and improve port operations and efficiency. This is a move away from the current debate about use of a single operating system for smart port and supply chain development. It is no surprise that China’s DSR was introduced to look at this. I would argue that resolution to this dilemma will be the make or break ingredient within the BRI’s rail / port pairing approach. The benefit of an integrated digital interface would allow seamless movement of cargo across the wharf onto land-based transport. Visibility optimises inventory and operations planning, with information technology facilitating planning and coordination within the supply chain partners.

The main challenge facing the smart port and supply chain is the development of Application Programming Interface (API) and Electronic Data Interchange (EDI) standards that would allow differing operating data systems to communicate with each other. This is easier said than done as data security and sovereignty concerns will determine whether open or closed API’s are used and how to introduce a cost-effective EDI methodology. Until we have this, a smart port and supply chain will forever be a utopian vision.