Hyundai Heavy Industries’s maritime autonomous pioneer Avikus has carried out what it claims is the world’s first transoceanic voyage of a large merchant ship relying on autonomous navigation technologies. 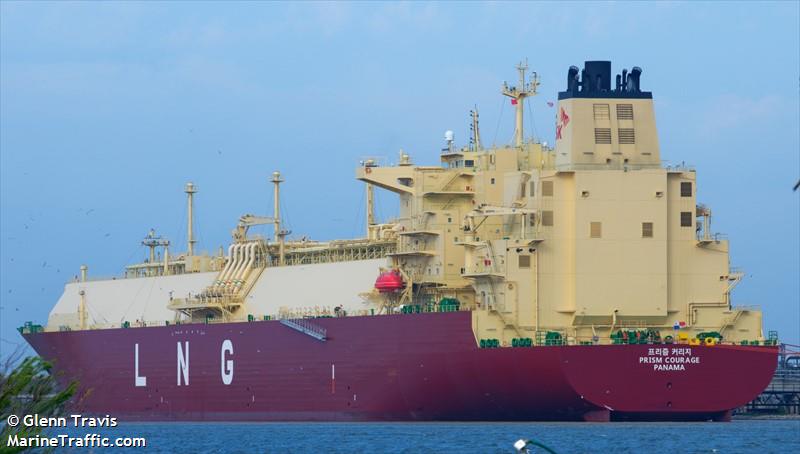 with a navigation solution that allowed a successful autonomous operation over 10,000 km.

The Prism Courage departed from Freeport on the southern coast of the Gulf of Mexico on May 1, passed through the Panama Canal, and finally arrived at the Boryeong LNG Terminal in South Chungcheong Province in Korea after 33 days. The vessel sailed half of roughly 20,000 km in a total distance with the autonomous navigation technology called HiNAS.

According to Avikus, for this specific voyage, its HiNAS platform reduced fuel consumption by 7%, greenhouse gas emissions by 5%, and avoided 100 collisions with other ships. Its artificial intelligence recognises the surrounding environment, such as weather and wave heights, and nearby ships, and then controls the vessel’s steering commands in real-time, the company explained.

The voyage was conducted under the real-time monitoring of the American Bureau of Shipping (ABS) and the Korea Register of Shipping (KR) to verify the performance and stability of the technology.

Avikus earlier succeeded in conducting the first fully autonomous operation of a 12-seater cruise ship in Korea. In January of this year, it showcased autonomous navigation technology at CES 2022, the world’s largest electronics and IT show, and is now redoubling its efforts to advance autonomous navigation technology. The company, which was founded in December 2020 as HHI’s first in-house venture, stated that it plans to commercialise the product this year after receiving ABS certification.

“Autonomous navigation technology is drawing attention as an innovative technology for future maritime mobility because it can solve workforce shortages in the maritime transportation industry, reduce pollutants, and improve safety by completely removing the possibility of human errors,” Avikus said.

According to Acute Market Reports, a global market research firm, the autonomous navigation ships and related equipment market is expected to grow at an average annual rate of 12.6%, reaching close to $236bn in 2028.