The results of a first-of-its-kind study to quantify greenhouse gas (GHG) emissions from liquefied natural gas (LNG) carriers were released on Tuesday, providing actionable data for the LNG shipping industry on methane emissions.

Methane is the second most prevalent greenhouse gas, contributing to a quarter of today’s manmade warming.

The study, led by Queen Mary University of London (QMUL), provided the first measurement and modeling of total methane and CO2 emissions from an LNG carrier on a round trip voyage from the US to Belgium and back including loading, laden voyage, unloading, and ballast voyage, measuring emissions from exhaust stacks, vents, and fugitives.

It found that venting and fugitive emissions were extremely low, contributing less than 0.1% of total greenhouse gas emissions. CO2 emissions from fuel usage were also lower than previous estimates due to improved efficiencies in modern engines and ship design.

However, according to the research, methane slip through the engines was higher than those in prior studies, averaging 3.8% across all engines: equating to 0.1% of delivered LNG. Generator engines are not typically included in emissions analyses but were the key cause of methane emissions, the study noted. 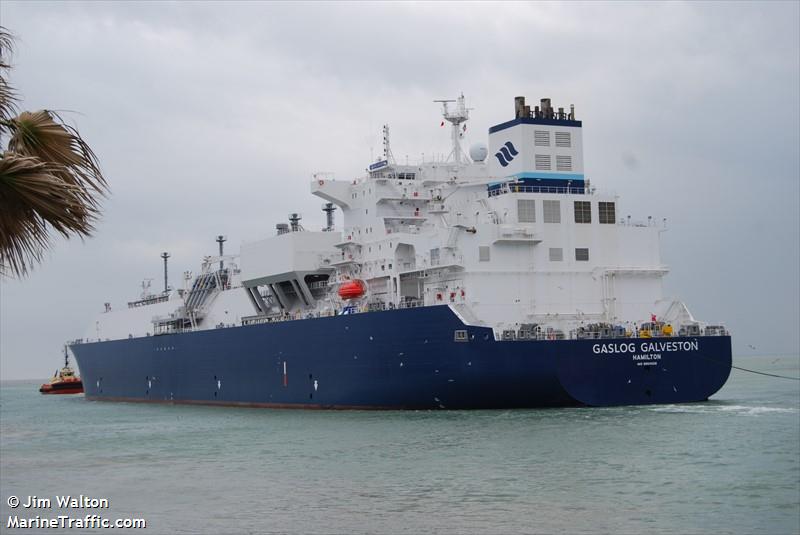 LNG carrier (LNGC) was chosen for measurement due to the WinGD XDF low-pressure dual-fuel (LPDF) two-stroke engine used for propulsion. The ship was built in 2021, and the measurement campaign was the ship’s second voyage. LPDF two-stroke gas engines are currently the most popular for new ship builds, and to date, there has been no published direct measurements of uncombusted methane in engine exhausts (methane slip) while in operation, which is consequently the key to estimating fleet emissions in the future. The ship houses two dual-fuel main engines for propulsion and four dual-fuel generator engines to produce power for other ship demands.

The emissions were dominated by CO2, both from the main engines (45% of total GHGs) and the generator engines (18%). Methane emissions contributed 35% of the total GHG using global warming potential (GWP) over 100 years. However, using GWP over 20 years, this dominance is switched, and methane contributes 56% of the total GHG.

Dr Paul Balcombe, the principal investigator and lecturer in Chemical Engineering and Renewable Energy from Queen Mary University of London said: “This study helps to fill a big data gap when it comes to methane emissions from LNG shipping. It’s vital that we understand what their emissions profile is at a time when LNG imports are likely to grow substantially to reduce Europe’s reliance on Russian gas.

“This study is the first-of-a-kind to measure total methane emissions from engines aboard LNG carriers, including venting and fugitive emissions, but we need to do much more to get a representative sample of the approximately 600-strong LNG fleet. As well as these academic measurement studies, increased monitoring of emissions from engines, vents and fugitives would allow us to identify and implement effective reduction measures as hotspots are found.”