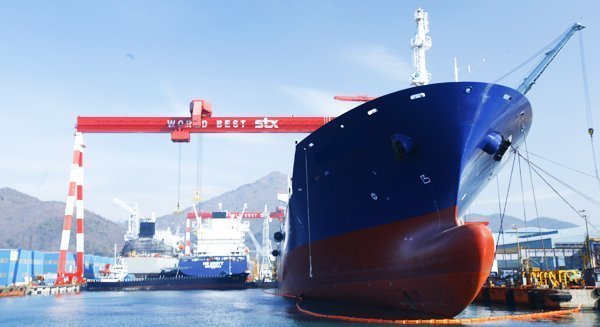 Dalian: The receiver of bankrupt shipyard STX Dalian is going to auction a bulk carrier and a containership under construction at the yard at Dalian Intermediate People’s Court on August 6.

According to an announcement from Shanghai International Commodity Auction Company, the auction agency designated by the receiver, the vessels are a 400,000 dwt bulker named Vale Ponta Da Madeira and a 2,000 teu containership named X-Press Nuptse, which X-Press Feeders has replaced with a 1,700 teu boxship from Ouhua Shipbuilding using the same name.

Bidders are required to pay a RMB5m fund guarantee to join the auction.

The auctions for the entire assets of STX Dalian have failed three times due to there being no bidders.