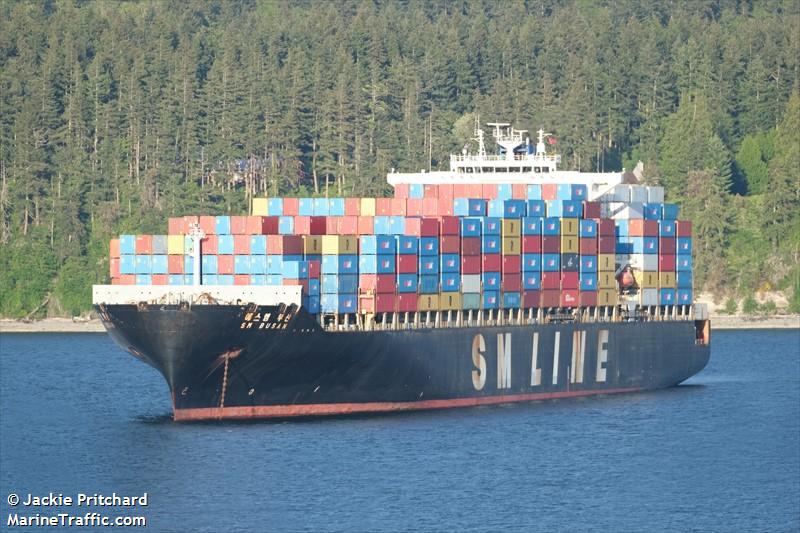 is at dock in Victoria, British Columbia for emergency repairs that are expected to take up to a month to complete.

After first experiencing engine problems on December 20, the ship lost power on December 24 en route from Portland to South Korea. After drifting for a couple of days, the vessel was able to get underway to the harbour in Victoria with a two-tugboat escort.

The ship’s fuel is believed to be the source of the problem. Repair work, being done by the ship’s crew, will include cleaning its fuel tanks.