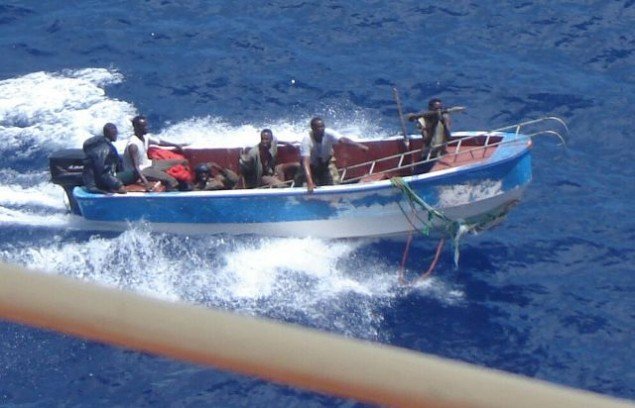 News breaking off the Horn of Africa will send shockwaves across the world’s seafaring community. It looks likely Somali pirates have made their first hijacking of a commercial vessel crew since 2012.

Unconfirmed reports suggest a Sri Lankan bunker vessel was apprehended by two skiffs off Puntland yesterday. A distress call was sent from the Dubai-owned Aris 13

, and a little later its AIS was switched off and the ship – with its eight crew – altered course for the Somali coast.

Aircraft from regional naval force EU Navfor have been scrambled to try and track down the vessel.

At their height – back in 2011 – Somali pirates launched 237 attacks and took hundreds of seafarers hostage.