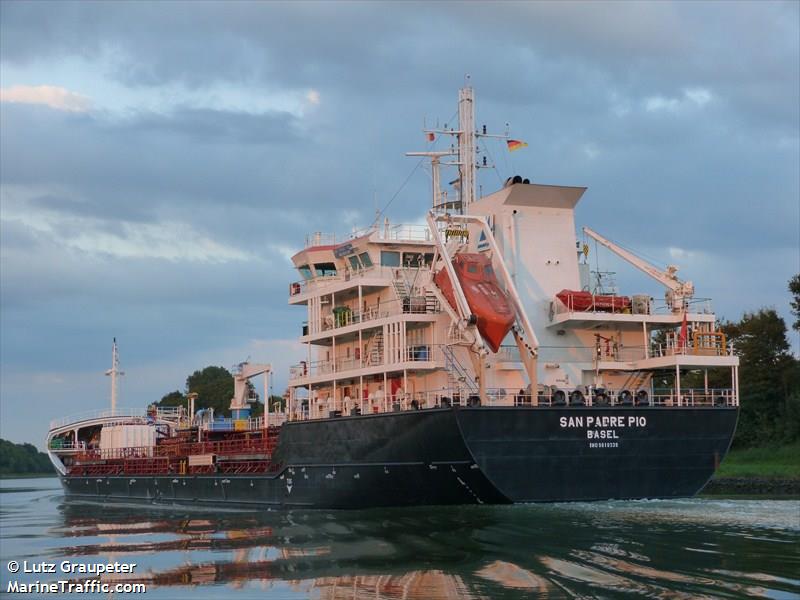 tanker that was seized in January 2018.

The San Padre Pio was intercepted as it was transferring diesel between ships, accused of entering Nigerian waters illegally and illegal diesel trafficking, something strongly denied by the ship’s captain.

Switzerland had initiated legal proceedings before the International Tribunal for the Law of the Sea in its bid to get the ship freed.

The 7,616 dwt product tanker is owned by Swiss-based ABC Maritime.