A small general cargo ship belonging to Taiwan’s Elite Marine Transportation sank yesterday off the southwest of the island and authorities are warning ships in the area to look out for floating containers south of the Penghu archipelago. 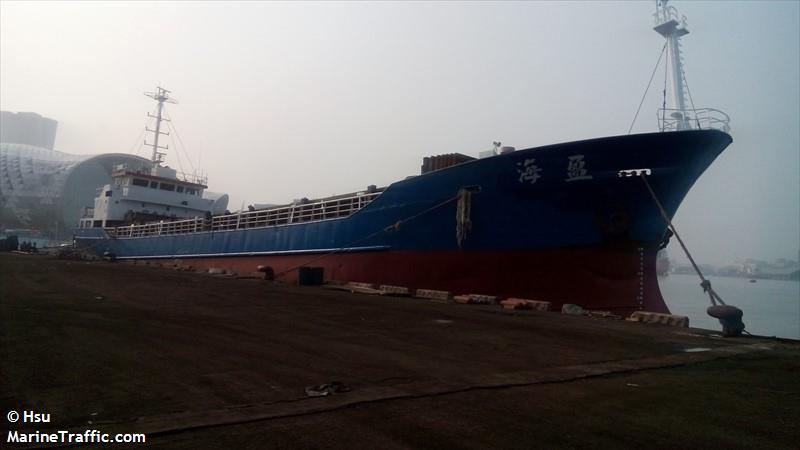 , developed a heavy starboard list on Tuesday after a number of containers moved on its deck. All crew evacuated after attempts to tow it failed.