Lars Jensen from Sea-Intelligence Consulting praises the strong capacity management seen by the carriers so far this year.

We have reached a point where global container shipping has felt the impact of the pandemic for more than four months. Initially the effect was limited to Chinese manufacturing, and even though that seemed to be a significant impact at the time, in hindsight we now know that it was only a small harbinger of things to come.

Looking back at the past few decades, several patterns appear to have been constant in container shipping. When demand drops sharply, rates also drop as carriers scramble to fill their vessels. The pursuit of scale economics of ever-larger vessels simply requires them to be filled. Similarly, whenever oil prices drop sharply the resultant savings are relatively quickly passed onto the shippers in terms of lower rates – with or without a BAF mechanism – despite the carriers’ intention to hang on to part of the savings.

In April global demand declined a staggering 16.9%. Year-to-date we have seen a drop in global demand of 4.4m teu compared to 2019. There is no data for May as of yet, but it is hardly going to be any better. If it is at the same level of demand drop as April the first five months of 2020 will have seen the elimination of almost 7m teu of cargo. This is the same as the total amount of freight moved by OOCL in all of 2019. At the same time bunker fuel prices have dropped 37% – and this is if we compare heavy fuel in 2019 with low sulphur fuel in 2020. If we look only at heavy fuel, the drop is 50%.

Yet the latest data from Container Trade Statistics show an increase in global freight rates of 12% in April compared to 2019. And this in the month where the pandemic impact hit the markets in earnest.

It is by now very clear that the structural mechanisms governing supply/demand and pricing have changed in the container shipping market. Of course, there is no guarantee that we will not suddenly see a reversal to the old ways of operating with sharply dropping rates as a result. But after four months of being in a challenged market environment there are no signs that such a reversal is about to happen.

Spot rates on the Pacific to the US West Coast are up by more than 40% compared to a a couple of months ago. This is also the only trade where we see carriers re-instate some of the blanked sailings more systematically. The Europe-Asia back haul trade has seen a 60% increase since the virus outbreak escalated in China. Not all trades have seen similar increases, and some have seen declines, but the pattern is clear: Despite dropping demand and sharply lower fuel prices carriers have consistently for months been able to not only sustain, but increase, overall freight rates by strong capacity management.

And it works. It works to the degree that Hapag-Lloyd even maintained their profit guidance for 2020 despite the adverse market conditions, although with a strong caveat that the upper reaches of the guidance might not be achievable. But a profit in 2020 nonetheless.

If the carriers globally can maintain this market approach, the industry overall might still come out of 2020 without a loss. But that is for the industry as a whole – there will clearly be some individual carriers for whom 2020 will still be a very bad – or even terminal – year.

This article first appeared in Maritime CEO magazine, published this week. Splash readers can access the full magazine for free by clicking here. 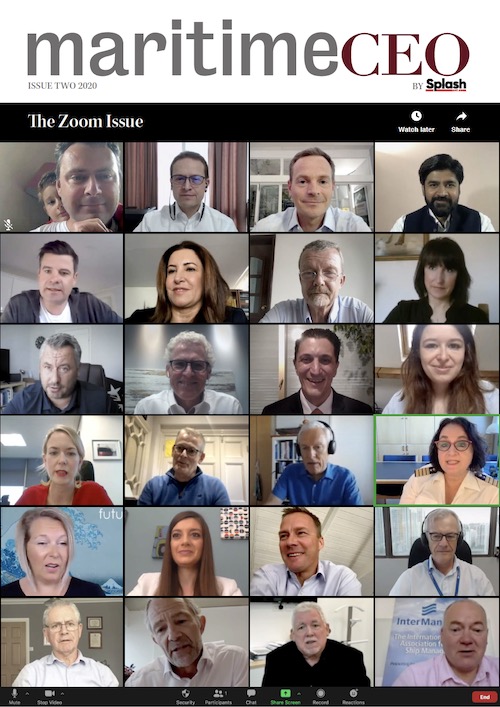