On Thursday this week the North American Marine Environment Protection Association (NAMEPA) will host the launch of a new book educating children on the maritime industry. The Little Bulker by Katerina Perganti Shaw will be featured at NAMEPA’s 15th anniversary celebration aboard the Hornblower Infinity at Pier 40 in New York. Half the proceeds from the book will go to NAMEPA to support its educational programs.

The Little Bulker chronicles the construction of the Athena in Japan, accompanied by details on what a dry bulk ship carries, the components of a vessel, its size, and its launch. There is also a QR code for readers to follow the voyages of Athena 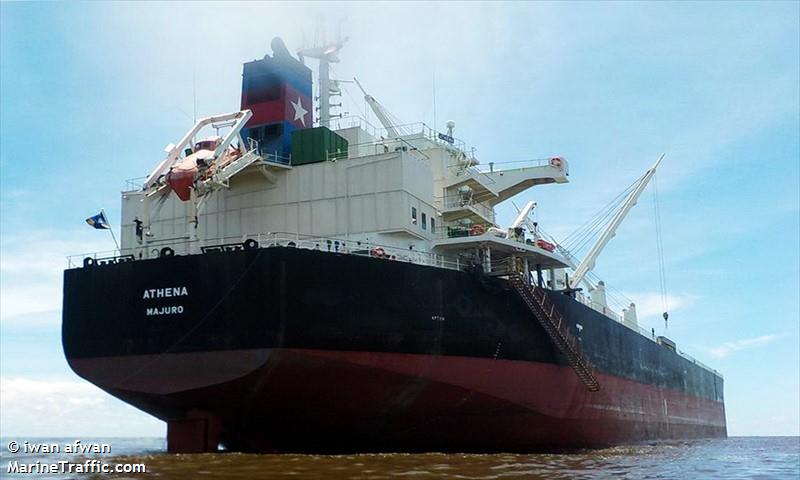 , which is trading today. The 11-year-old, Oshima-built ultramax, owned by Monaco-based Transocean Maritime Agencies, is currently in Indonesian waters, data from MarineTraffic shows.

“There are children’s books about trains, and even tugs, but not about the workhorses of global trade,” said Shaw, a Greek-born maritime and real estate attorney. “It was my privilege to follow the progress of the M/V Athena as she was being built, so it felt like a personal tribute to the vessel and to honour the maritime industry.”

With three children of her own, Shaw said she recognised the need to communicate an appreciation for the maritime industry at an early age.

“We are honoured that Katerina has selected NAMEPA’s 15th anniversary event as the platform from which to launch her delightful tale of a dry bulk ship’s birth in a shipyard to her launch and first transit” said NAMEPA chairman, Joe Hughes. “In the process, the young reader learns many of the features of commercial shipping and its value proposition to global society.”

Children’s shipping-related books are few and far between. Last year Splash interviewed Anita Bacha, the author of Wakashio, which details the famous newcastlemax grounding in July 2020 from the perspective of two Mauritian children, Angela and Oshin, while 2019 saw the launch of Casey the Container, penned by American Kristina Bowden, a children’s book that follows a new container during its first day in port.

To order copies of The Little Bulker, click here.