The latest issue of Maritime CEO magazine launches today with a decidedly Scandinavian flavor to its contents given its distribution at this year’s flagship maritime event, Nor-Shipping.

On the cover is Lasse Kristoffersen, the boss of Torvald Klaveness, while elsewhere writers, pundits and owners discuss Norwegian offshore, finance and technology.

Cover star Kristoffersen likes to point out that Torvald Klaveness, founded in 1946, is a company that has always challenged the status quo. The operated fleet of this family owned line is made up of combination carriers, boxships and bulk carriers and numbers around 135 ships at any given time making it a major player on the world stage.

Kristoffersen is adamant that the opaque nature of shipping will have to adapt very soon thanks to technological change. Shipping’s previous business model had been all about hiding information whereas coming up soon it will be all about sharing information, he explains. Kristoffersen genuinely believes that digital will change the very fundamentals of shipping.

It was around two years ago that under Kristoffersen’s watch Torvald Klaveness formed its own division to be abreast of the coming tech revolution set to hit shipping. Roughly 2% of revenues now go to Klaveness Digital.

“Our objective is to utilise data, analytics and computing technology to improve value creation to our customers and increase value capture from our activities,” Kristoffersen tells Maritime CEO. The scope of Klaveness Digital is twofold; creating value for existing businesses, and generating new revenue streams through new service offerings such as advanced analytics.

As much of the theme of this particular issue of Maritime CEO demonstrates Norwegian maritime companies as a whole seem to be very far ahead of most other nationalities when it comes to pioneering and investing in digital technology. Kristoffersen reckons he knows why that is. To find out what he has to say, click here to access for free the full contents of the magazine. 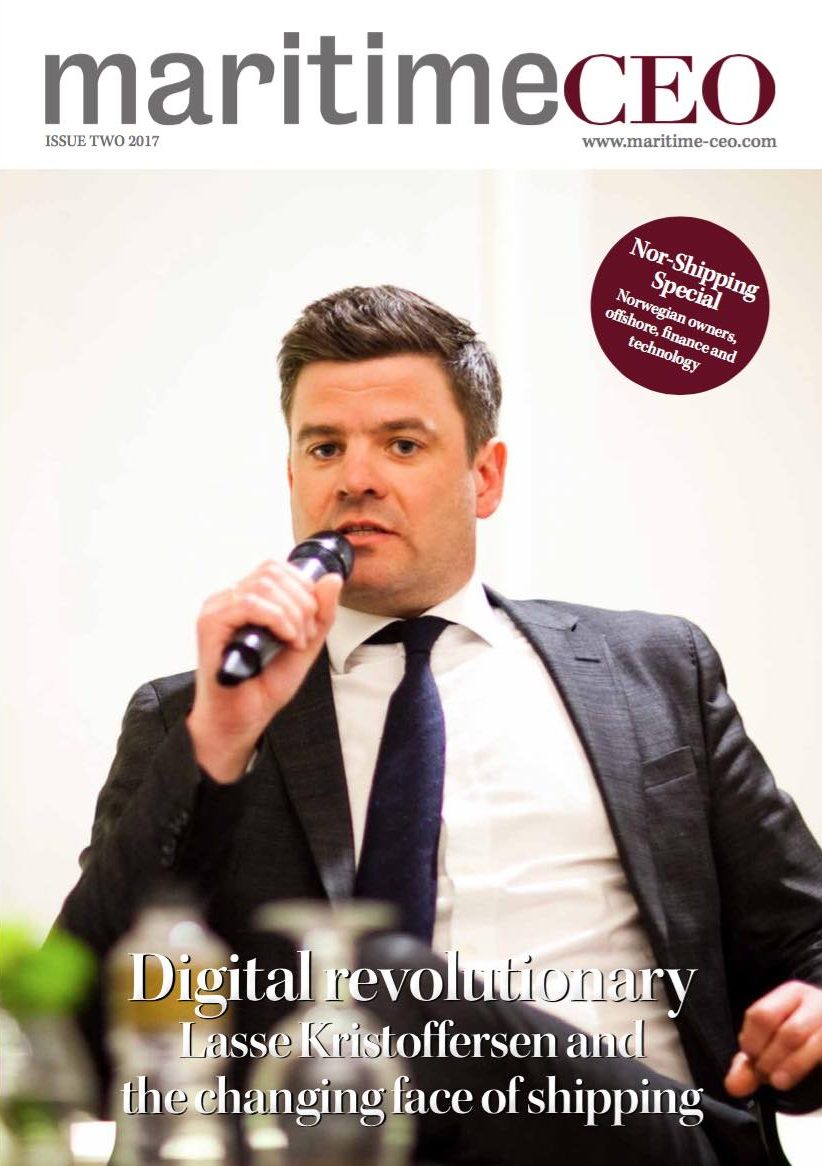