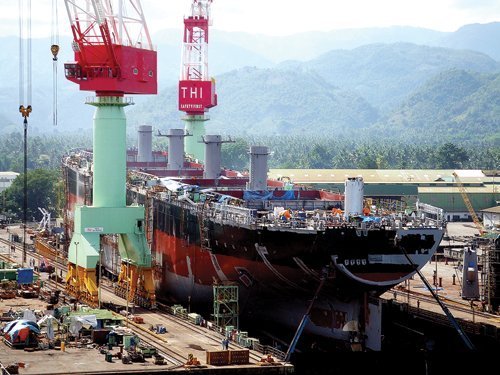 Japanese shipyard giant Tsuneishi’s long-held plans to develop a ship recycling site in the Philippines have been put on hold, with local politicians on the island of Negros in the middle of the archipelago unable to get the necessary clearance for the facility.

Tsuneishi, which has a shipbuilding yard on the neighbouring island of Cebu, has been trying for the last three years to plough through local red tape and opposition from environmentalists to build a giant 150 ha ship recycling site in southern Negros. Local politicians yesterday admitted the project is now on hold indefinitely as it has been impossible to get all the clearances from local and national authorities.

Local environmental groups had strongly opposed the creation of a demo yard, claiming that 15,000 mangroves would be cut down, and nearby coral reefs would suffer.