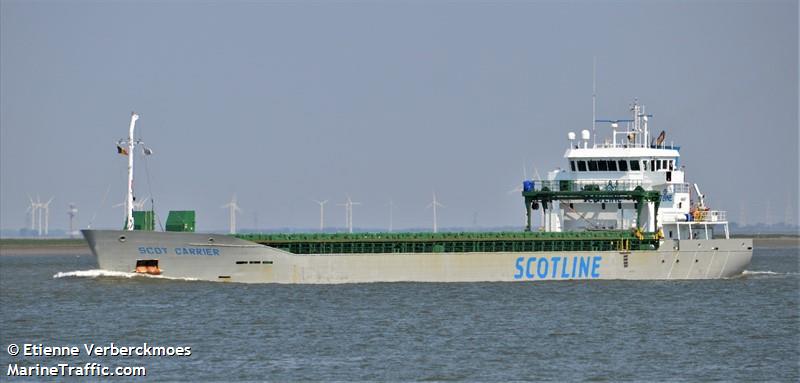 have been arrested after they were found to be over the legal limit for alcohol at the time of a collision with the Danish cargo ship Karin Høj in the Baltic Sea that killed at least one seafarer.

The Swedish Prosecution Authority is investigating several suspected crimes, including drunkenness at sea, negligence in maritime traffic and causing death through negligence. A 30-year-old British citizen is suspected of all three charges, while a 56-year-old Croatian citizen is being held under suspicion of ‘gross sea drunkenness’.

The 4,800 dwt Scot Carrier, owned by UK-based Scotline, was en route from Latvia to Scotland when it smashed into 492 dwt Karin Høj off the Swedish coast and the Danish island of Bornholm at around 3.30 hrs local time on Monday. The latter capsized almost immediately with two crewmembers on board, of which one has been found dead aboard the ship, while the other remains missing and presumed dead.

Scotline confirmed on Monday that two of the crewmembers had failed a drug and alcohol test. “In line with standard procedures, all crew members of the Scot Carrier were tested for drugs and alcohol, with two crewmembers exceeding the legal limit,” a spokesperson for Scotline Marine Holdings told UK media.