The world’s largest shipping registry has been embroiled in a scandal involving sanctions-busting North Korea.

A 27-page report from the Royal United Services Institute (RUSI), a UK security think tank, highlights how three individuals from the Chinese port city of Dalian have been working for entities entrusted by both the Panamanian and Mongolian flags to survey ships and authorise certificates, including for a number of North Korean-linked vessels.

RUSI found that Fan and Dong have worked as surveyors for an organisation authorised by Panama called Panama Maritime Documentation Services (PMDS), and have provided various certificates to North Korean-linked ships.

Fan and Dong were embroiled in an earlier North Korean illegal shipping incident when the vessel Light, managed by their company Dalian Sea Star Ship Technology, was “suspected of transporting North Korean missile technology to Myanmar”.

PMDS was also found to share an address and other contact details in Dalian, a city located near the North Korean border, with Fan and Dong’s companies, as well as another surveyor authorised by Mongolia called International Maritime Survey Association (IMSA), established by Zhang Qiao.

The report concluded that the business connections provided by the three men from Dalian could provide “an avenue for North Korean-linked vessels to obtain flags of convenience and other maritime services prohibited under UN Security Council resolutions.”

The full report can be accessed here. 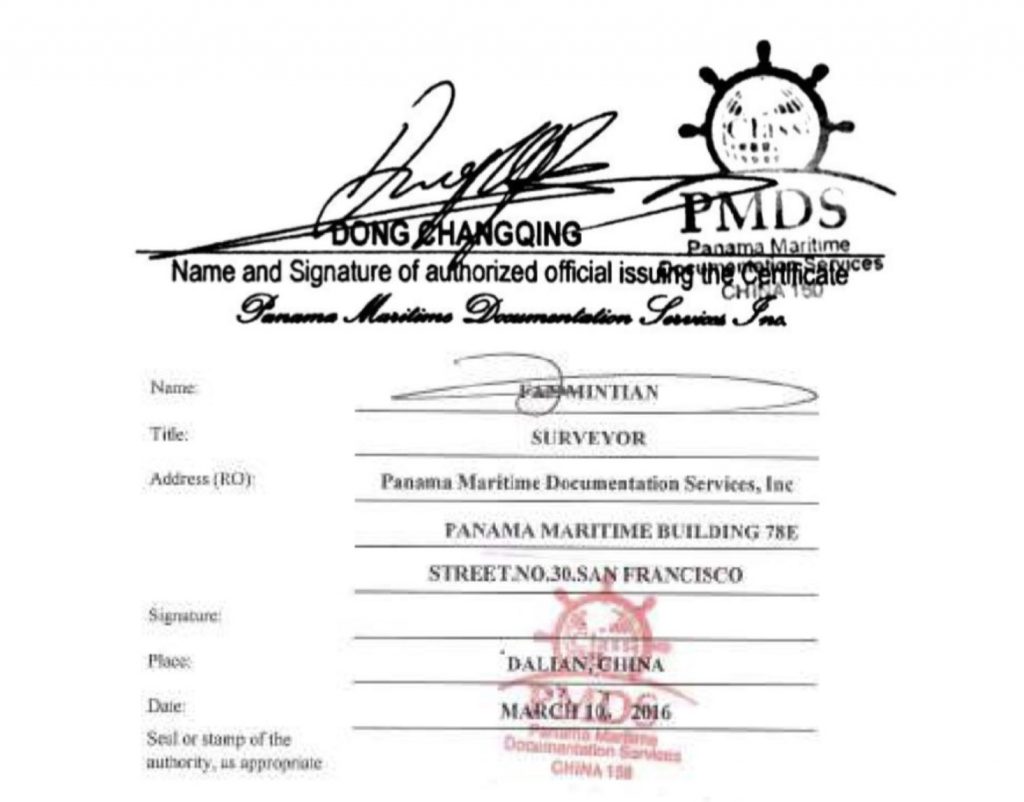