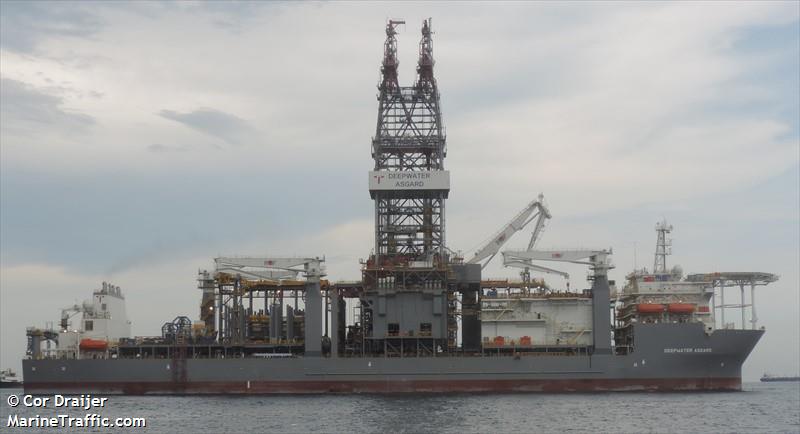 during Hurricane Zeta was caused by a wrong weather forecast, with a key contributing cause being the human error decision to attempt to ride out the storm.

The incident occurred on October 28 last year, while the drillship was working under contract with Beacon Offshore Energy in the Gulf of Mexico.

Early forecasts predicted that Hurricane Zeta would pass east of the Asgard. However, the drillship experienced strong category 1 to category 2 hurricane force winds and extremely rough sea conditions, with a peak wind gust equal to a category 4 hurricane at 152 mph.

BSEE report said that the drillship sustained significant damage to its riser and lower marine riser package while evacuating from an area impacted by Hurricane Zeta. The repair and replacement costs have been estimated to be around $5.7m.

The investigation also found that there was no oil spill associated with this event and no injuries were reported.

“BSEE investigators concluded through onsite interviews, photo, video, and operational documentation that the probable cause of the accident was an inaccurate weather forecast, with a key contributing cause being the human error decision to stay latched to the well to attempt to ride out the hurricane,” the report said.

As a result of the incident, BSEE made several recommendations to reduce the likelihood of similar events in the future.