VLCC spot earnings slumped to near record lows of just $6,000 a day for the first four months of the year, according to data from shipowning organisation BIMCO, with a host of analysts warning there is plenty more pain in store for tanker owners in 2018.

“More of the same over the near term likely,” Gibson predicted.

In its most recent tanker report, consultant Maritime Strategies International (MSI) maintained that despite the dire spot conditions, the fundamentals for the VLCC time charter sector were unlikely to turn as bad as 2013 when year annual average time charter rates dipped below $20,000 a day.

The dire start to the year has seen many of the big listed names in the tanker sector reporting losses in the first quarter. Euronav’s CEO Paddy Rodgers, while unveiling a $39m net loss for Q1 last month, warned: “Freight rates will remain under pressure until this process of rebalancing is much further advanced.” 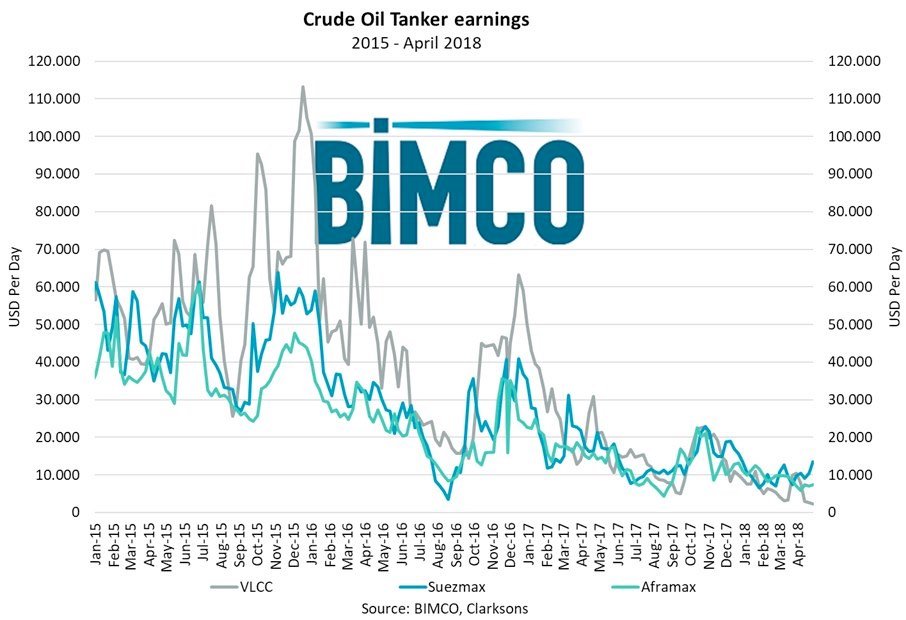