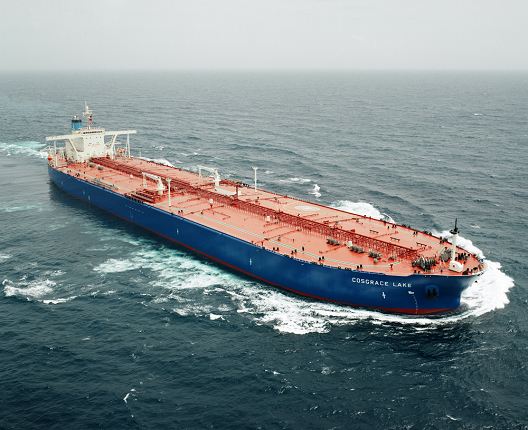 The crude tanker market is suffering some of its worst ever times with earnings across all size groups at very depressed levels this year, and reduced demand and existing overcapacity issues still very evident.

However, are the markets for VLCCs, the major crude carrier, nearing the bottom? It appears there’s still plenty of pain left yet. Analysts polled by Splash all predict the second half of 2019 as the likely turning point for VLCCs.

Allied Shipbroking is reporting that VLCCs have made an average loss of $2,100 per day so far this year, with earnings getting especially bad during the second half of April. Despite record scrapping levels, Allied said in its latest weekly report that it was perplexed by the huge volume of VLCC orders placed at yards this year.

“[T]he recovery for the tanker market in terms of earnings could prove to be a long and arduous journey,” Allied warned.

A report from BIMCO carried by Splash at the start of this month showed that VLCC spot earnings slumped to record lows of just $6,000 a day for the first four months of the year.

Peter Sand, chief shipping analyst at BIMCO, told Splash earlier this month: “VLCC long run historical earnings are currently at the lowest level ever for the average of the first four months.”

Erik Broekhuizen, head of tanker research at energy consulting firm Poten & Partners, believes the VLCC market is at the bottom now and how long it will stay there depends on both seasonal and cyclical factors.

Broekhuizen predicts seasonal factors may start to push the VLCC market up in October/November as winter demand comes into play. This would chime with recent comments from Ridgebury’s Bob Burke who said he was praying for a Thanksgiving turnaround for tankers.

Before then, the market probably is unlikely to see any material improvements, according to Broekhuizen, given the oversupplied nature of the market and the continued OPEC production cuts.

“For the market cycle to improve, we need more tanker ton-mile demand and less supply growth. So far this year we have seen neither,” Broekhuizen says.

“Tanker demand has been growing, but it has not been keeping pace with tanker supply. VLCC newbuilding deliveries for this year and 2019 remain high and we need a material pickup in tanker demand to lift the market,” he maintains.

Broekhuizen reckons a pick up in the market could be seen in the second half of 2019 if scrapping continues and newbuilding ordering is reduced and OPEC production picks up.

“Geopolitics are a risk factor. If increased tension in the Middle East leads to oil prices that are so high that it will have a negative impact on economic growth and oil demand, the pick-up in the tanker market will be postponed indefinitely,” warns Broekhuizen.

Currently there are 108 VLCCs on the orderbook globally, equivalent to about 15% of the current fleet in terms of capacity, while the total shipyard on hand VLCC orders are up by 20% comparing with the same time last year. More than 40 of them are due for delivery this year.

In the meantime, the VLCC demolition surged from this year, with around 20 VLCCs were sent to scrap yards so far, this compares to the whole year’s volume of 10 VLCCs and two VLCCs scrapped in 2017 and 2016 respectively.

“The prospects for the spot market remain poor in the short term, suggesting that we are likely to see more tonnage heading for demolition,” Gibson said in a report earlier this year.

Rajesh Verma, lead tanker shipping analyst at consultants Drewry, agrees that any recovery in the VLCC market will largely hinge on expectations of a high number of demolitions since the crude trade outlook is still not promising.

“A steep fall in vessel earnings this year (below operating cost), and firmness in demolition prices, has triggered scrapping activity in the tanker market in first-quarter 2018. Given the high capex required to comply with the IMO regulations on BWTS, the sulphur limit of bunkers and the difficulty in finding employment for old tonnage, scrapping activity will continue to be strong,” Verma says.

Verma expects high scrapping activity and the expected increase in long-haul exports from the US to Asia will start pushing freight rates in the VLCC market higher in the second half of 2019.

Court Smith, an analyst at VesselsValue, also foresees that the market might not see any relief until mid-2019.

“There has been a distinct lack of volatility in the markets as the supply of ships in the key load regions has been more than adequate. Scrapping is expected to increase this year because of trading age restrictions being enforced by some Chinese charterers and the lack of incentive to invest in ships approaching their third special survey and beyond,” Smith says.

The current market returns reported by the Baltic Exchange remain below OPEX for VLCCs, and this does not include any of the additional financing costs that owners may have. The year to date average on the TD3C benchmark is currently under $8,000 per day. Tanker markets generally correlate with the VLCC market, which is shown for representative purposes.

According to Smith, the projected fleet size by the end of 2018 is set to be the same size as it was at the start of the year assuming we see scrapping of more than 40 ships. The more alarming statistics are the expected deliveries in 2019, which will nudge the supply of ships higher, which suggests that a supply driven rate recovery is not in the cards until the second half of the year, ahead of the implementation of the requirement for 0.5% sulphur fuel in 2020.

“It appears that mid-2019 is the time window that provides the best fundamental point for a sustained rate recovery. What is becoming clearer is that those who survive this rate trough will emerge at the other end in what should be a far stronger recovery than the rates seen in 2014-2016,” says Smith.

You’ve heard from the experts, now what do you think – have tankers bottomed out? Have a vote in our quarterly survey, MarPoll, by clicking here.