The latest issue of Maritime CEO magazine launches today just in time for the upcoming Cyprus maritime week. As ever there’s the views of shipowners from across the globe, top markets commentary as well as deep dives into pertinent topics affecting the shipping industry today.

A special feature in this issue looks at the rise of Cyprus as an international maritime hub, featuring the thoughts of politicians, owners and managers on the island. The report contains both the milestones achieved thus far, and what more Cyprus could do to bolster its shipping hub aspirations.

The cover this issue features Paul Hexter, the boss of Waterfront Shipping, who tells readers why methanol has the potential to leapfrog other fuels into pole position as shipping grapples with the challenge of reducing its carbon footprint.

Vancouver-based methanol shipping specialist Waterfront Shipping is at the vanguard of the alternative marine fuel debate. The company is the maritime guinea pig utilising methanol as a power source for ships, and has recently showed off to the world just how this can be done.

Waterfront will deploy the vessels to support growing demand for methanol transportation around the world.

“Methanol is an economically viable alternative marine fuel over the cycle and has potential for short payback as modest incremental capital costs can be recovered over a short period of time in periods when oil prices are moderate to high,” Hexter says.

The Waterfront boss points out that methanol has a global 6% discount to MGO and the discount is expected to rise post-2020 and some regional markets are even more competitive, including India, where methanol has over 20% discount to MGO. Additionally, the ships have three fuel options – HFO, MGO and methanol, which offer flexibility in many price scenarios. Other advantages of adopting methanol-fuelled ships include cleaner cylinder chambers and the ease for engineering crew to transfer their knowledge from conventional engines.

The company chartered seven newbuild vessels with methanol dual-fuel engines in 2016 and two years later the company teamed up with Marinvest, Iino Kaiun Kaisha, Mitsui & Co and Nippon Yusen Kaisha for an additional four methanol duel-fuel vessels, which will all be delivered this year, through a joint-industry project.

Waterfront Shipping is a subsidiary of Methanex Corporation, the world’s largest producer and supplier of methanol to major international markets. The company currently operates a fleet of 28 vessels, including seven methanol dual-fuel vessels with four more on order. Following the delivery of the newbuildings, 40% of Waterfront Shipping’s tanker fleet will be methanol-fuelled.

For the full interview plus the rest of the 50-page magazine, Splash readers can access Maritime CEO magazine for free online by clicking here. 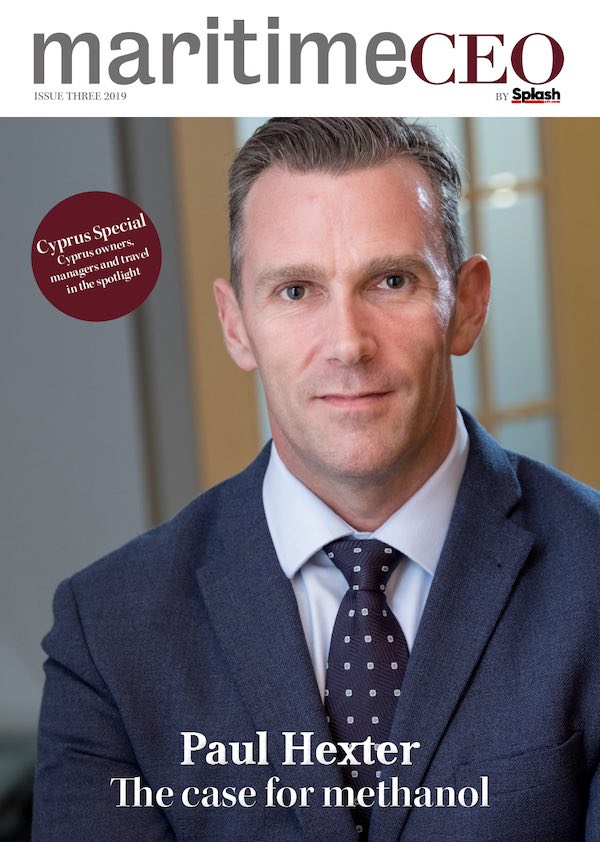