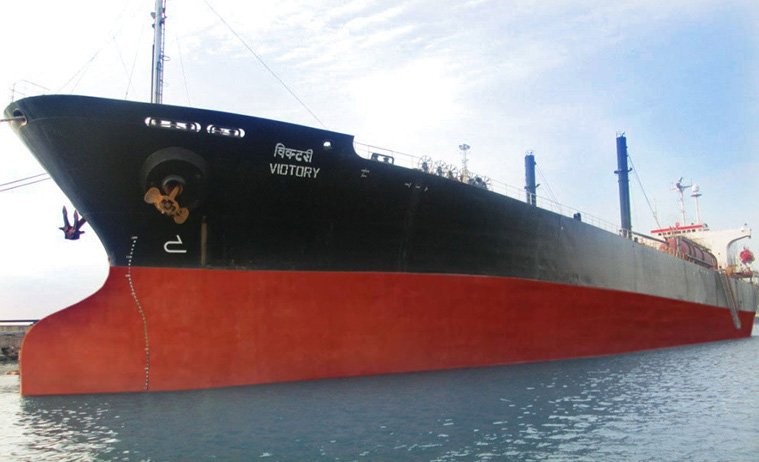 Bulker prices are falling while tanker values are jumping. As the year closes are we closing in a moment where these two sectors cross in different directions? What is clear in week 47 of 2018 is that we have entered peak S&P with the volume of concluded deals surging.

According to Alibra’s latest chartering report, rates in almost all bulker segments remained under pressure in the past week, while the tanker period market for crude remained healthy and the products market is finally starting to show signs of promise.

For tankers, however, prices for secondhand VLCCs have been rising during the past month, most notably prices for 15-year-old 250,000 dwt VLCCs have increased by 8% while prices for 10-year-old 45,000 dwt MR tankers are up by 3.4% lending credence to the feeling the tanker sector has indeed bottomed out.

“On the dry bulk side, another week of fair volume of transactions  took place in the SnP market, underlying the strong buying interest  the market is currently enjoying. However, given the sharp correction from the side of earnings in the capesize segment mainly, a perplexed sentiment towards the market has already started to emerge. Given also the sensitivity of the SnP market to the overall future outlook, we have to wait and see how things will evolve over the upcoming weeks,” Allied Shipbroking said in its latest weekly report.

. The two vessels are believed to be sold by Isle of Man owner Wigan Maritime to a joint venture between German owner Asiatic Lloyd and UK ship management and investment company Norse Management in a bank driven sale at a price of $11m for each vessel.

– from Armania Shipping for a price of $8.5m each.

Banchero Costa, Lorentzen & Stemoco and Optima all reported the resale deal of a newbuild kamsarmax bulker at Tsuneishi Zhoushan. BW Dry Cargo is said to have taken over the 81,000 dwt vessel Hull SS-200 from the original owner China Minsheng Shipping for a price of $30m. The delivery of the vessel is scheduled in 2019.

for $18m. Seasure Shipbroking and Lorentzen & Stemoco have identified Greek owner W Marine as the buyer of the vessel.

“On the tanker side, a considerable boost in transactions has been noted over the past couple of days, possibly as a mere reflection of the better freight market climate seen as of late. The highlight of the week of course was the massive en bloc deal for 13 small modern aged tankers which went for a total of around $350m. Moreover, with the overall sector still being in a recovery mode, we can expect many interesting deals taking shape in the short run,” Allied Shipbroking said.

. Vietnamese owner Petrovietnam Transportation (PV Trans) has snapped up the vessel for a price of $20m.

. Indian owner Seven Islands is said to have purchased the vessel from Russian owner Sovcomflot for a price of $8.75m.

. The vessels were sold by Diamond S Shipping to Danish owner Norden for a price of $16.9m each.

to Greek interests. Banchero Costa, Intermodal and Allied Shipbroking have identified the buyer as Greek owner Delta Tankers. The two vessels have fetched an en bloc price of $114m.

Despite the surging volume in both bulker and tanker sale and purchase market, activities in the secondhand containership market remain limited.

“S&P activity remains subdued but a number of discussions continue and we expect to be in a position to report further sales in the coming weeks. Though it is all too easy on the buyers part to adopt a wait and see approach,” Braemar ACM Shipbroking said in its weekly report.

According to Braemar, the most notable activity reported was the sale of the 2016 South Korean-built bangkokmax Heung-A Laem Chabang

at $20m to Japanese owner Kotoko Kaiun, who are now seeking charter employment.

. The price for the deal was not disclosed.