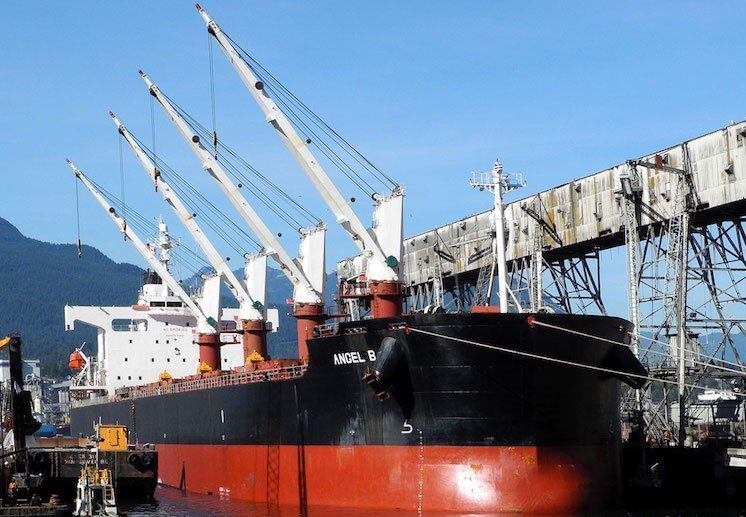 The S&P market in general was less active for the past week with the approaching Chinese New Year holidays.

The interest in the secondhand bulker market still mainly focused on the supramax segment.

“On the dry bulk side, it seems as though we continue to see a slightly softer picture in terms of reported activity, with limited sales reported again this week compared to the levels we have become accustomed to over the past year or so. At the same time we are still seeing the main focus still fixed on the supramax size segment, with the majority of buyers still showing keen interest here, where they believe a fair amount of opportunity is still available,” Allied Shipbroking said in its latest weekly report.

Intermodal has reported the sale deal of 2011-built post panamax bulker Tansanit, which Splash covered at the start of the week. Argentinian owner Interocean is said to have acquired the 92,500 dwt vessel from German owner Conti Group for a price of $17.2m.

Multiple shipbroking houses listed a deal in which Greek owner New Horizon acquired the 2008-built supramax Angel B from Monaco owner Transocean Maritime. The 58,700 dwt vessel has fetched a price of $14.15m.

Several shipbrokers reported the sale of 2008-built supramax Albion. Allied Shipbroking identified the buyer as Thailand’s Thoresen Thai Agencies which has been out and about inspecting a lot of ships of late. The 58,700 dwt vessel was sold for $13.8m.

“On the tanker side, there is still limited number of vessels changing hands each week. Things are still under relative pressure, largely in part to the fact that there still seems to be a considerable gap between willing sellers and willing buyers, especially on the more modern tonnage. This explains in part the higher number of older vessels changing hands, while taking a look at the reported VLCCs reported sold this week, the majority of vessels in these larger size segments tend to be around 15 years of age or even older,” Allied Shipbroking said.

One of the deals reported by shipbrokers is the sale of 2010-built chemical tanker Argent Freesia. Clarkson, Intermodal and Allied Shipbroking all confirmed that Japanese owner Koyo Kaiun bought the vessel from MOL Chemical Tankers for an undisclosed price.

Additionally, a number of shipbrokers have revealed that Maltese owner Falzon is the buyer behind the sale of 1998-built chemical tanker Martina. Italian owner Cabotaggio sold the 11,137 dwt vessel for $4m.

The only reported S&P deal in the containership sector is the sale of 3,421 teu panamax boxship HS Rossini. According to Allied Shipbroking, active UK owner Borealis Maritime acquired the 2012-built vessel from German owner Hansa Treuhand for $11.2m.