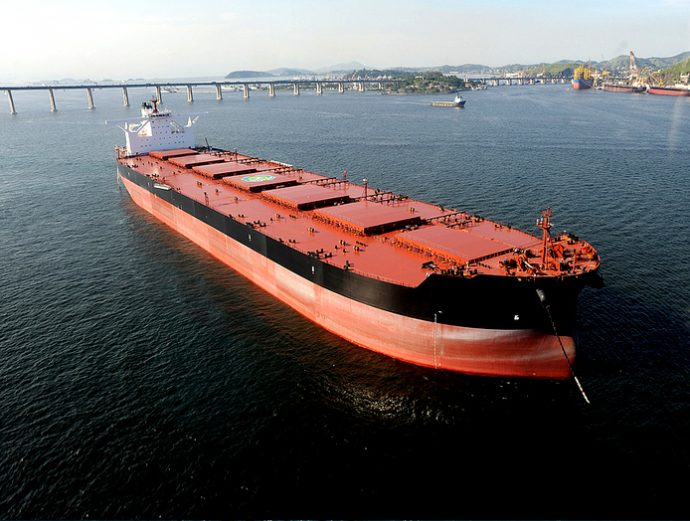 Positive performances recorded for all bulker segments have pushed the dry bulk index to year-highs this week, and sustained the recent bullish sentiment in the sale and purchase market. With around a month to go until the Greeks take to their superyachts volumes of deals as well as prices are set to climb higher.

According to Intermodal report, the average earnings for capesizes have increased by more than 128% in just a month.

“Sentiment has mainly found support in strong capesize performance, with average earnings for the size currently above $18,500/day and hopes that a strong floor is currently being built for the usually quieter summer period that will start to peak in a few weeks,” Intermodal said in the report. New York-based Commodore Research, meanwhile, has issued two notes to clients this week pointing out the large improvements seen in the panamax sector. “The panamax (and handymax) market continues to be assisted by a large amount of South American grain cargoes and various coal cargoes surfacing in the spot market,” Commodore noted yesterday.

“On the dry bulk side, a modest flow of transactions took place the past couple of days, sustaining at the same time the bullish sentiment of late towards the market. Once again, dry bulk SnP market is monopolized by medium size units, reflecting at least to some degree, the strong appetite for this vessel designs. Moreover, given the recent trends from the side of earnings, we may well expect an interesting secondhand market in the upcoming months,” Allied Shipbroking said.

. The BWTS-fitted vessel has been sold by Taiwan Navigation to Chinese interests for a price of $7.5m.

. The Chinese-built vessel was sold by German owner Peter Dohle to Greek buyers for a price of $10.8m.

to Greek buyers. The Japanese-built vessel has fetched a price of $15m.

“On the tanker side, a considerable boost in terms of volume was noted during this past week. The fact that we should mention here is that we finally witnessed some focus shifting even if it is for a brief moment towards units of different size segment other than that of the MRs. Furthermore, given the good sentiment in terms of future returns that is currently being portrayed, we can anticipate a rather vivid market to continue during the weeks ahead,” Allied Shipbroking said.

. The Chinese-built vessel was sold to undisclosed interests for $8m including a two-year time charter.

. The Turkish-built vessel was sold by Turkish owner Transal Denizicilik to Danish interests for $7m.

Allied Shipbroking, Intermodal and Clarksons all listed the sale of the 2011-built 13,600 dwt product tanker Armonia

. The Chinese-built vessel has been sold by Greek owner Medtankers Management to Ecuadorian company Flopec for an undisclosed price.

In the secondhand containership sale and purchase market, according to Braemar ACM Shipbroking, Nordic Hamburg is understood to have bought the 3,380 teu panamax containership Tim S

from German owner Schepers Heinrich and Rudolf for around $7m.

. The Japanese-built vessel has been sold to Chinese interests for $7.8m.