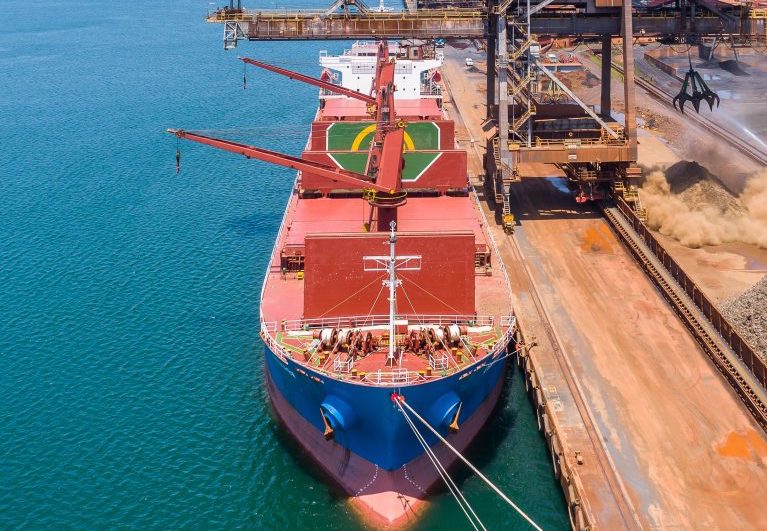 The secondhand sale and purchase activities tempered a bit this past week. The dry bulk chartering market continued its impressive improvement led by capes which are now trading on the spot market for in excess of $26,000 a day. However, while the interest for secondhand tonnage remains high, buyers and sellers have been adjusting their pricing ideas to match the latest market sentiment. Handysize en bloc deals have dominated the sales scene over the past week.

“In the handysize sector buyers showed and continue to show more interest in vessels around 10 years old and larger than 33,000 dwt. Most vessels from quality yards were being sold very quickly. Bigger asset price elasticity was shown in handysizes smaller than 32,000 dwt as demand for such vessels was lower, with a notable case being the 28,000 dwt vessels, of which some were sold at an attractive discount and others were not able to be sold,” wrote Konstantinos Kontomichis, an S&P broker at Intermodal in a weekly report.

. The two Chinese-built vessels were sold to Chinese interests for $10.8m each.

. The vessel is believed to have been bought by Greek owner Niriis Shipping for a price of $8.5m.

“On the tanker side, the scene in the market stayed at relatively similar levels, with a fair volume of transactions coming to light, but seemingly constrained at this point. Nevertheless, VLCCs have been in relatively hot demand, mostly for vintage units, while the MR market has eased back a bit. All in all, given the current state, we may well expect many interesting deals to come through in the near term, with some ups and downs in-between,” Allied Shipbroking said.

from Greek owner Neda Maritime for a price of $31m. Both VLCCs will be converted to FPSOs.

was available for inspection in Singapore last week and likely to be sold shortly.

In the secondhand containership sale and purchase market, activity has been limited due to the summer season.

Both Alphaliner and Braemar ACM Shipbroking reported that Russian owner FESCO purchased the 2003-built, 822 teu India from German interests linked to Danz und Tietjens Schiffahrt for an undisclosed price. The vessel has been renamed FESCO Magadan