Even when everyone knows something is going to happen, it’s still fascinating to watch it come true. HSFO demand is beginning its long-awaited drop off and this past week we have begun to see the early signs of its impact on prices.

Spot differences between HSFO and VLSFO have risen dramatically from $170 last week to $247 now. All this has been from a drop in HSFO (not a rise in VLSFO) as the VLSFO-MGO differential remains narrow at $33.

October HSFO sales in Singapore were down 3% and it will be interesting to see just how big the drop is in November.

Meanwhile, sales of VLSFO nearly doubled. Many owners are carefully balancing their bunker stems so they don’t keep any HSFO come December 31 – remember, there is a carriage ban on HSFO so even holding it on a ship without a scrubber is breaking the rules.

Spot physical bunker premiums of HSFO and VLSFO are +$50 and +$57 respectively. The shift in prices this week has meant diffs are starting to converge to levels we expect to see in Q1 2020. However, you slice it (see the differential table at the bottom) we are now more range bound:

All of these seem plausible.

On a macro level, we had a topsy-turvy past week only to end up back where we started. The first half was dominated by bearish news of US-China trade talks falling through. That then reversed as stats showed a drop in US crude production and inventory levels.

As a parting note: we seem to hear that buzzword “digital transformation” in shipping circles a lot these days. Well, we’re not alone. The graph below tracks how many times those words were mentioned in corporate earnings calls across thousands of industries (courtesy of CB Insights). 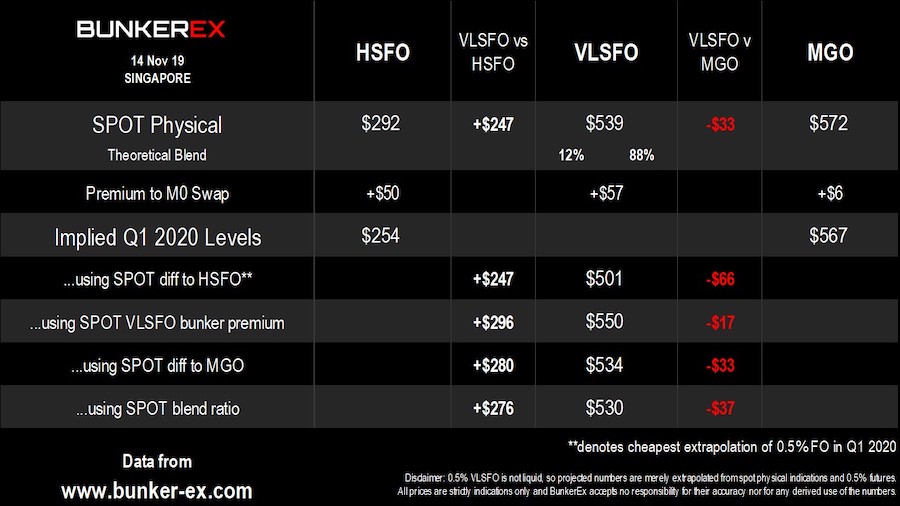 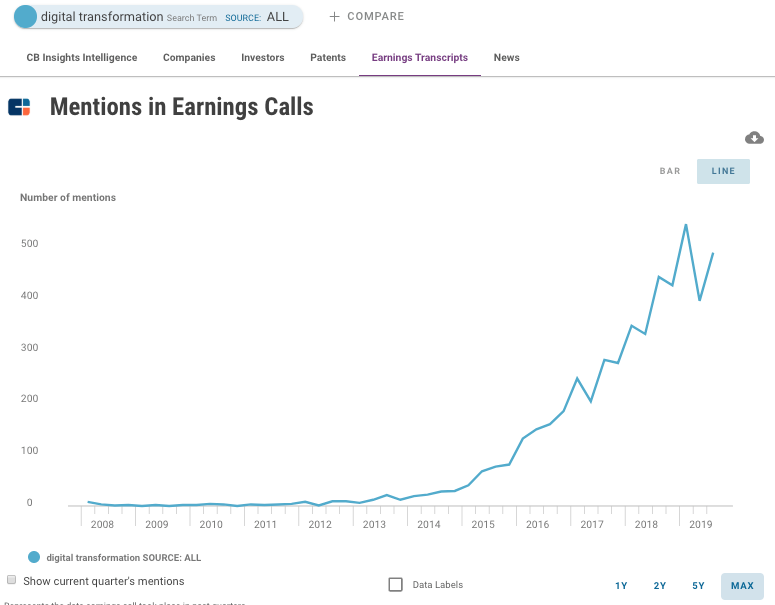