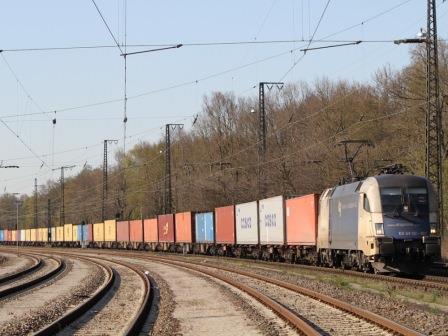 Being a presenter at the recent TPM Asia conference gave me a few insights into the current thinking within the shipping world regarding global trade.

As expected, the usual insider topics were discussed, suggesting that those in the maritime trade had not really shifted from naval gazing. The discussion around trade tariffs, CO2 and SOX regulations coming to a port near you in 2020 pretty much went as expected.

Although these operational threats are real, little attention was paid to the bigger changes that will beset the maritime sector in the next five years or so. There was no real discussion on how global trade was moving rapidly from port-to-port considerations to the new paradigm of end-to-end, with focus on the last and first mile in the logistics process.

Given the opportunity to speak on the effects of China’s Belt Road Initiative (BRI), it became evident that there was a gap in understanding as to what the BRI means to logistics and supply chains. I suspect that many attendees do not see the rail network under the BRI as a threat to maritime trade and the traditional port-to-port delivery focus. There was many a sceptic that thought the BRI was doomed to fail as it was too big and faced far too many hurdles in order to be a real threat. One delegate went so far as to say that the BRI was overly ambitious and would be the undoing of Xi Jinping. Another said that the BRI rail network was essentially a high-speed rail connectivity effort carrying passengers with little impact on cargo / freight.

Yes, there is a high rate of high speed rail, but what the delegate fails to see, is that this type of rail network is well suited to service the growing ecommerce based trade. Furthermore, the traditional pairing of shipping with air to move high value items is likely to be replaced by the pairing of ports with rail networks in which high speed rail will play an important part.

But what about freight cargo via rail? Whilst ocean freight is the cheapest form of transport, there are many other factors that are now coming into play. Factors such as access to cheap cost manufacturing based in landlocked countries, manufacturers / end users wanting to reduce inventory levels through regular delivery, reducing cash flow constraints associated with holding high value items in stock, etc.

What commentaries miss is that the scope of the BRI extends beyond simply building infrastructure. It is a logistics and transportation network that focuses on those regions promising high economic growth with strategic resources, such as steel, concrete and gas by building infrastructure that connects and links manufacturing with key markets. Furthermore it connects a market that has 600m people with access to a market that covers 65% of the world’s population and one third of the world’s GDP. Furthermore, the Maritime Silk Road converges on the Inland Belt at strategic ports that are paired to optimise trade routes.

There have been a number of key developments in the last 12 months to suggest that freight rail is beginning to grow. It needs to be noted that this growth is underpinned by a clear strategic direction favouring rail by China and supported by a complex system of rail subsidies. In simple terms, the strategy incorporates a move by China to have at least 20% of its freight by volume to be done by rail by 2025 via 10,000 trains delivering 2m teu. Furthermore the strategy states that it wants to lift its railway freight by 1.1bn tonnes between 2017 and 2020, as opposed to waterborne freight by 500m tonnes. It also expects road freight from coastal ports to drop by 440m tonnes.

Progress has already been made in delivering this. It is expected that 2018 will have a 25% growth in train movements, reaching 5,000 trains. Furthermore, there are already 200 block trains operating the China/Kazakhstan/EU route, with a further 80 block trains on other routes. China rail now consists of three vertical and four horizontal railway networks as well as five longitudes and seven latitudes national main trunk express lines. The network is capable of handling 20GP, 40GP and 40HQ containers. There is already evidence of project cargo between China and Russia now going via rail as it more easily accommodated by rail as well as having a shorter delivery time.

Countries and shipping companies are now beginning to understand this port/rail pairing. Leading the pack is Cosco, operating 150 sea-rail container transportation covering through 100 ports. We now see the Dutch questioning why they do not have the same platforms for the BRI such as those found in Poland, Russia, China and Kazakhstan. Italian authorities are now clamouring to offset the advantage the Greek port of Piraeus has gained with BRI participation, and are now pushing for the Italian rail network to join up.

In conclusion, the maritime sector needs to be aware of these changes and plan for the impact on its industry. Whilst rail will never replace shipping, maritime will lose market share for transport of high value products and be confined to commodity products. Furthermore, as the BRI network becomes more efficient there will be less need for larger containerships. I would suggest that optimal sized vessels would be in the 10,000 teu to 14,000 teu range.