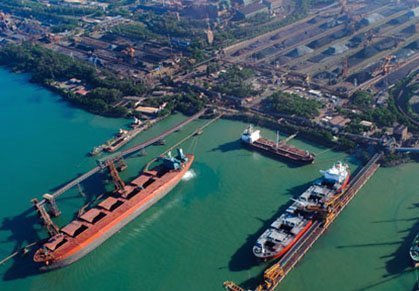 Brazilian miner Vale continues to have an eventful start to the year, with news today that authorities have closed the company’s terminal at the Tubarão complex in Vitoria, Espirito Santo.

Reuters is reporting that in addition to the closure, the municipality of Vitoria has fined the miner R$35m ($9.42m) for polluting the sea with mining residues. The pollution is said to pose an imminent health risk.

“Pollution cannot be justified by tax revenue any more,” the mayor of Vitoria said in a statement.

Local reports suggest the closure prevents Vale from operating the terminal indefinitely. Parts of the Tubarão complex were also shut down in 2016 due to pollution caused by environmental infringements.

The terminal closure comes days after Vale declared force majeure on some iron ore contracts after a deadly dam burst on January 25. Vale subsequently received a court order to temporary halt 30m tonnes of iron ore production in addition to the 40m tonnes of production which is planned to be decommissioned due to the incident.