World Tankers Management, the owner of the product tanker Strovolos 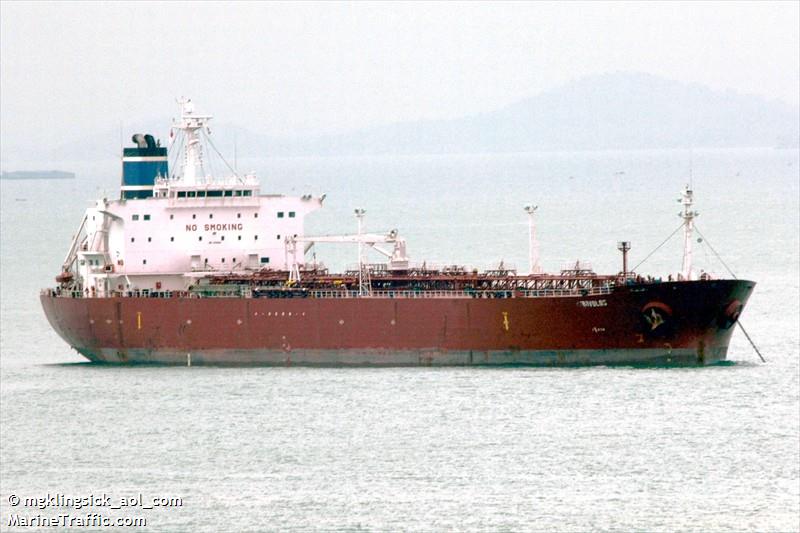 , has protested against the arrest of the vessel’s crew. The Indonesian Marine Police boarded the vessel at 01:28 on Friday over a protracted dispute concerning the tanker’s crude oil cargo.

The police action followed an intervention by the Cambodian government which claims the cargo was transported illegally.

“This claim is made without foundation and is utterly rejected,” World Tankers claimed today in a release.

The crewmembers remain under detention and are being interrogated ashore in shifts. The crew were serving when it was chartered to KrisEnergy. Under this charter, the oil that was loaded was extracted by KrisEnergy from the Apsara Oil Field in the Gulf of Thailand.

The vessel’s owners understood that the chartering company was contracted by the government of Cambodia as part of a commercial oil development projection and gave it the right to sell the oil subject to payment of royalties.

During the charter, the KrisEnergy Group ran into financial difficulties, according to World Tankers. When informed by the master of the vessel that it was running out of fuel, KrisEnergy told the vessel’s owners that they were unable to comply with their obligation to pay hire, which included the supply of fuel.

It was unsafe for the vessel to remain in the Apsara Oil Field. For the safety of the crew, the cargo and the vessel – to mitigate against any subsequent environmental casualty – World Tankers decided to sail the vessel to the nearest convenient port to refuel.

The charter was terminated due to the charterers’ breaches of key obligations. As a matter of law, the vessel was under no obligation to return to Apsara. Legally, whoever proves ownership and the right to sell the cargo is obliged to make arrangements to offload it upon payment of the sums owed to the owners.

While waiting for a resolution of the dispute, the vessel was moved offshore of Batam pending a long-awaited crew change.

“World Tankers believes the Government of Cambodia has failed to resolve matters with KrisEnergy and is now adopting the unpleasant and unethical tactic of trying to use the Request for Assistance to coerce the Owners to accept their claims without proof or payment. This is totally unacceptable,” the Greek shipping firm stated in a release today.

World Tankers believes there is little chance of a fair trial in Cambodia. This concern stems from the fact that the prime minster of Cambodia and his ministers have already made public statements saying the crew are guilty of theft.

“The Owners hope and expect the Indonesian Government rightly, and in accordance with local and international principles of justice, to reject the Request for Assistance and to order the immediate release of the crew so that they may freely go home to their families,” World Tankers urged today.