The vessel, to be named Auto Advance 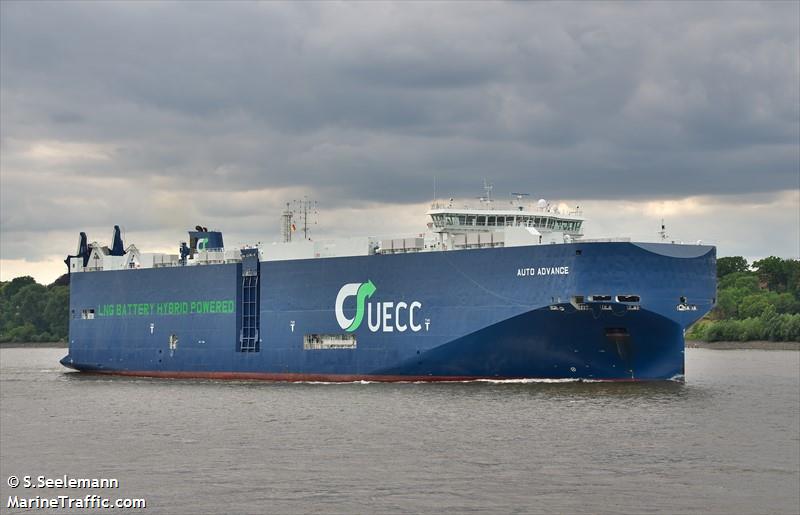 , is the first in a series of three newbuild PCTCs with a capacity for 3,600 vehicles on 10 cargo decks that are being delivered from China’s Jiangnan Shipyard. The remaining two ships are scheduled for delivery in 2022.

“Having brought into operation the first-ever dual-fuel LNG PCTCs five years ago, UECC is now taking delivery of the first of three of the world’s first dual-fuel LNG battery hybrid PCTC to be built. This is another big step forward in eco-friendly ship operations that shows we walk the talk,” said UECC chief executive Glenn Edvardsen.

UECC has developed the vessels together with DNV and Jiangnan’s in-house ship designer, Shanghai Merchant Ship Design & Research Institute. According to the company, LNG battery hybrid technology, together with an optimised hull design for better fuel efficiency, will enable these newbuilds to exceed the IMO requirement to cut carbon intensity by 40% from 2008 levels by 2030. CO2 emissions will be reduced by around 25%, SOx and particulate matter by 90% and NOx by 85%, while the newbuilds will also meet the IMO’s Tier 3 NOx emissions limitations for the North Sea and Baltic Sea.

Although the vessels are presently powered by LNG, the company has left room for other low-carbon fuel options. “We are not locked into LNG and these dual-fuel engines are also ready to use alternative low-emission fuels such as biofuel, bio-LNG and synthetic LNG as these become commercially and technically viable,” said UECC’s energy and sustainability manager Daniel Gent.

The Oslo-based UECC is jointly owned by Japan’s Nippon Yusen Kaisha (NYK) and Sweden’s Wallenius Lines. The company operates a fleet of 16 medium-sized PCTCs with a loading capacity ranging from 1,060 to 4,750 ceu.