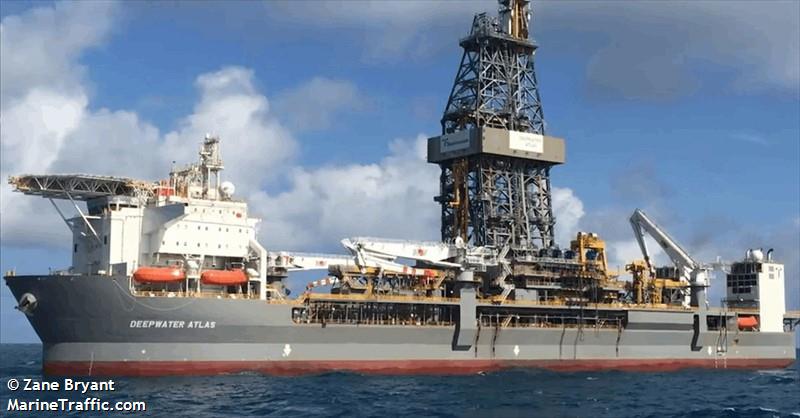 , has been delivered in Singapore by Sembcorp Marine to offshore drilling contractor Transocean.

The 238 m Deepwater Atlas is the first of two ultra-deepwater drillships built for the New York-listed drilling giant that will enter the market and be outfitted for 20,000 psi well operations.

The floater is set to work for Beacon Offshore Energy on the Shenandoah project in the US Gulf of Mexico, with operations commencing in the fourth quarter of 2022.

The second drillship, Deepwater Titan, is locked in with Chevron also in the Gulf of Mexico under a five-year deal signed back in 2018, starting in the first quarter of 2023.

Based on Sembcorp Marine’s proprietary Jurong Espadon 3T design, the two units are the only drillships in the world with a 3m pound hook-load and are capable of operating at 3,657 m water depth and drilling to depths of 12,200 m.

“Sembcorp Marine’s continuous investments in innovation and technology development over the years have enabled the group to move up the value chain to develop industry-leading designs and solutions,” said Wong Weng Sun, chief executive of Sembcorp Marine.

Transocean ordered the rigs at Sembcorp Marine’s subsidiary, Jurong Shipyard, in February 2014 for $1.08bn. They were initially due for delivery in Q2 2017 and Q1 2018.