The world’s largest containership has been delivered this week by South Korea’s Samsung Heavy Industries. 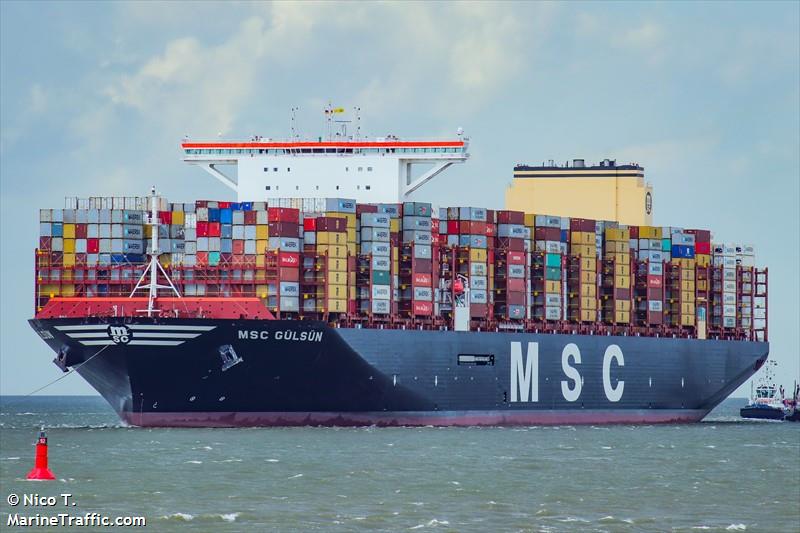 is the first boxship in the world to feature 24 rows across giving it up to 1,500 extra container capacity compared to the existing largest container vessels. The 61.5 m wide vessel is the first of 11 giants MSC is set to operate when they deliver from South Korea in the coming nine months.

The 23,756 teu MSC Gülsün will embark on its maiden voyage on a Silk/AE10 service operated with 2M partner Maersk on July 8 from Xingang to northern Europe.

Containership size records have repeatedly been broken in recent years, climbing above the 20,000 teu mark for the first time in 2017. South Korea’s HMM has a series of twelve 23,000 teu ships which will start delivering from the second quarter of 2020 and will likely rival MSC’s record-breakers for size.

Commenting on this week’s big ship delivery, Andy Lane, a Singapore-based container shipping consultant, referred back to the delivery 13 years ago of the Emma Maersk, which back in 2006 was a record-breaking 14,770 teu in capacity. “That ship was three metres shorter than the MSC Gülsün but only featured 21 rows across, and with a single island had a far lower cargo height profile. All things being equal, MSC Gülsün will require an additional four days of port time per rotation compared to Emma Maersk, which might result in either longer transit times or faster steaming,” Lane observed.