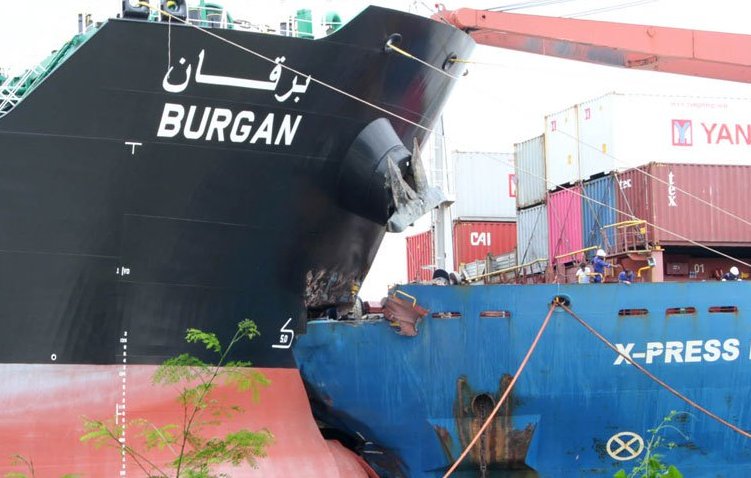 The accident occurred when the unladen oil tanker Burgan was leaving the port and the containership X-Press Mahananda was coming from the opposite direction, and the two ships struck each other.

As a result of the collision, both vessels suffered damages to their bows.

The Chittagong Port Authority managed to separate the two ships using five tugs and moved them to a nearby dock on the same day, following hours of vessel operations being suspended at the port due to the incident.

The port authority has launched an investigation into the accident.

This video is circulating on WhatsApp…. cannot confirm authenticity pic.twitter.com/FOZrnme1kx