The Crown 63 is a new generation bulk carrier is designed in-house by Sinopacific, who have taken over 100 orders for the vessel type since 2009. 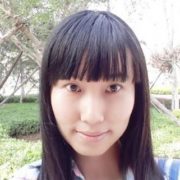