A 2016-built chemical tanker was boarded by pirates off Cotonou, Benin on Thursday with 15 crewmembers kidnapped.

According to maritime safety consultancy Dryad Global, the 2016-built 19,800 dwt tanker Davide B 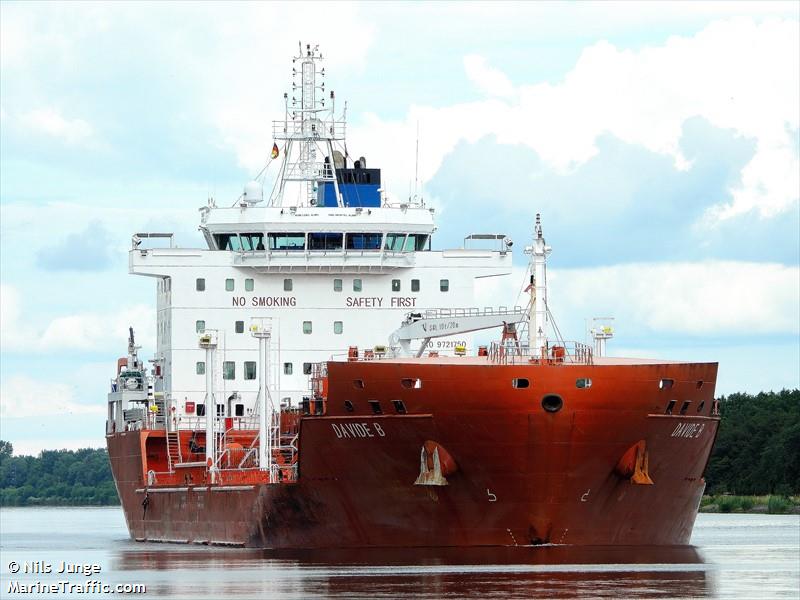 The vessel has a crew of 21 personnel consisting of Ukrainian, Romanian, and Philippine nationals. De Poli confirmed that 15 members have been taken from the ship and the remaining six are safe and remain onboard.

“De Poli Shipmanagement are greatly concerned about the attack on its vessel and seafarers. The company’s main priority now is to establish contact with the missing crew in order to secure their earliest and safe release. De Poli Shipmanagement’s Emergency Response Team are liaising with all relevant authorities who have been notified immediately after the incident which occurred at appx. 15.00 UTC on Thursday. The company are in close contact with the families of the seafarers to support them in this extremely difficult time,” De Poli said in an announcement.

Dryad Global said vessels in the region are at a unique vulnerability as they are generally operating within waters beyond the operational footprint of regional security forces and advise all vessels to ensure full compliance with BMP5 recommendations and ensure maximum hardening and mitigation are employed for operations within the area.