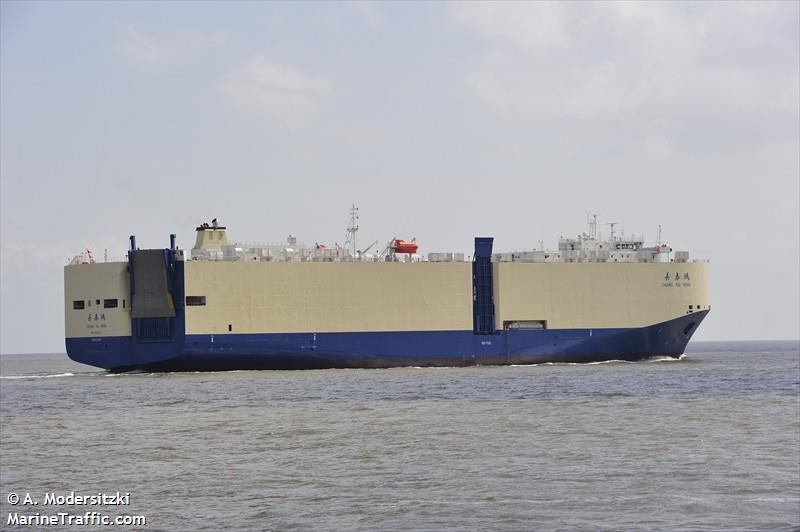 . The process was approved by the China Classification Society and the company is expecting additional certificates to officially put the ship into foreign trade operation.

“At present, the total export volume of China’s automobiles has surpassed that of Germany, becoming the second in the world,” CMES said, adding that with the rapid growth of demand, companies have been struggling to book additional tonnage.

CMES said it has penned long-term contracts with several first-tier manufacturers at home and abroad with plans to invest in more capacity and upgrade some other existing roros suitable for ocean transport.

The Croatian-built Chang Tai Hong is the largest ship CMES’ subsidiary, CSC Roro Logistics, currently owns. It also has 10 small and mid-sized ships for domestic trade, ranging from 910 ceu to 3,919 ceu, according to VesselsValue data.