Restrictions on the use of open-loop scrubbers are spreading across Europe with the Standard Club reporting France, Spain, Portugal and Gibraltar have all initiated their own rules on the use of the controversial technology.

“[M]embers with open-loop (or hybrid) scrubbers installed on their ships would need to be mindful when their ships operate in regions where scrubber discharge is banned. These ships will need to switch to either closed-loop mode or to compliant fuel well in advance of the ship’s arrival at such ports,” the P&I Club stated in a note to clients.

The scrubber usage bans are the first in southern Europe recorded by the Standard Club, while much of the northern part of the continent has enacted restrictions on open-loop scrubbers including in Ireland, Norway, Belgium, Germany and the Baltic States.

The Standard Club has created a map with a list of countries prohibiting discharge of wash-water from open-loop scrubbers, carried below. 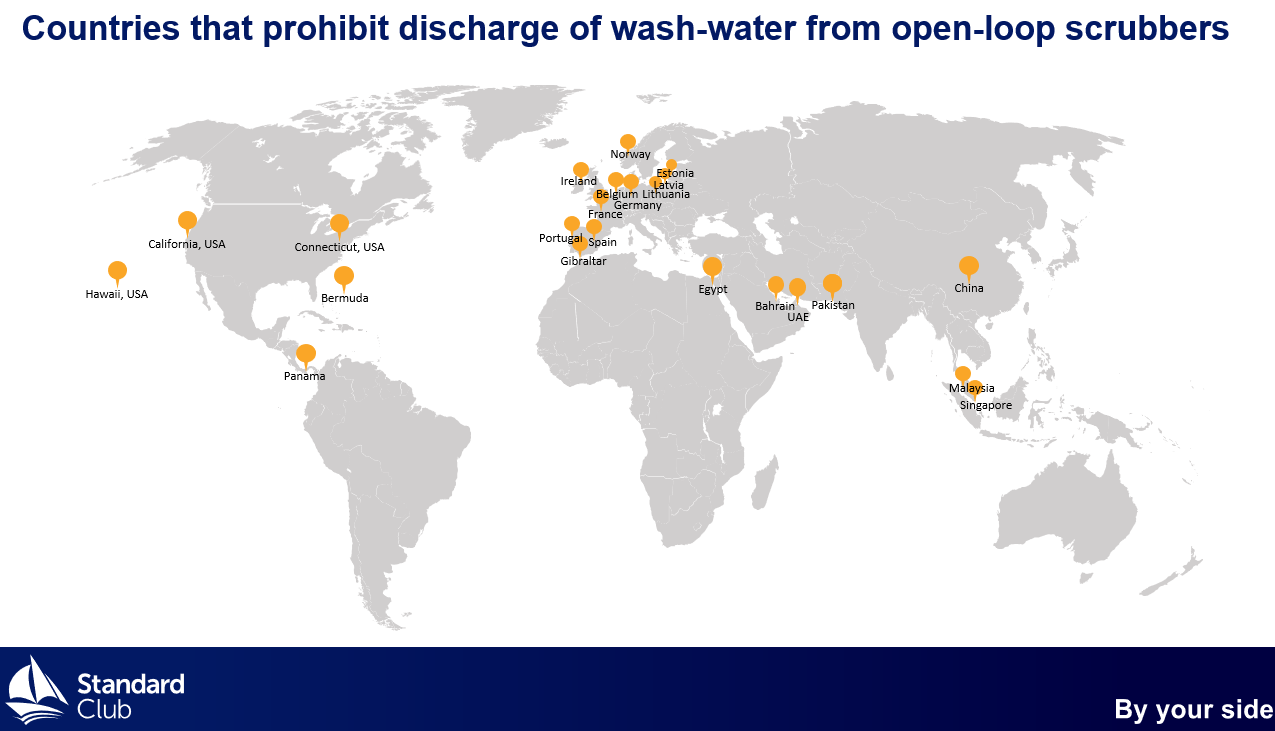