More than 100 firefighters were deployed at Port Kembla on the east coast of Australia today, dousing a massive fire on the CSL-owned Iron Chieftain 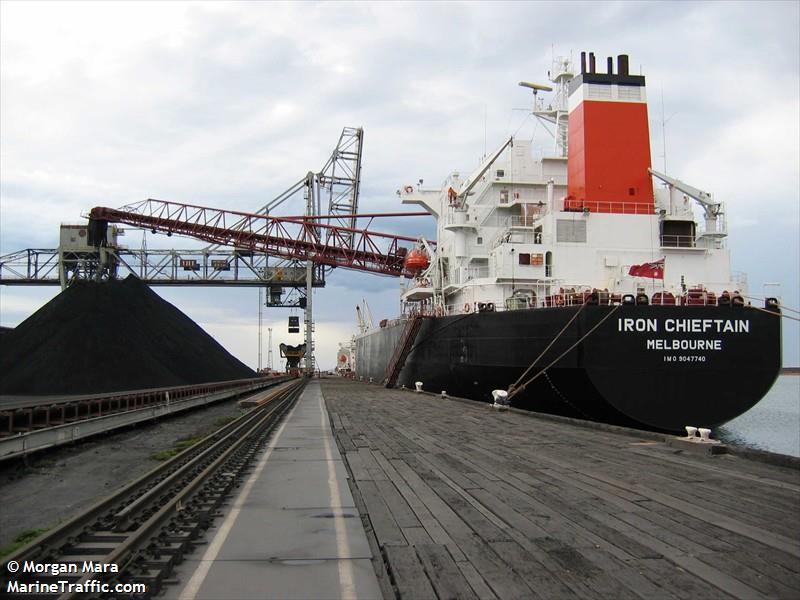 The fire, which erupted at 3.30am, is thought to have started on the ship’s conveyor belt before spreading deep below deck. The ship was offloading a cargo of dolomite when the fire started. Its intensity forced authorities to close the port for a number of hours today.

The crew were evacuated and there has been no reports of injuries.

Tug boats were also used to shoot water on the ship’s side to reduce the temperature of the smouldering mass inside.

Fire crews will spend the next few days snuffing out the fire and ensuring it doesn’t re-ignite.

Fortunately the blaze was contained in a small part of the hold and the ship appears to be repairable.