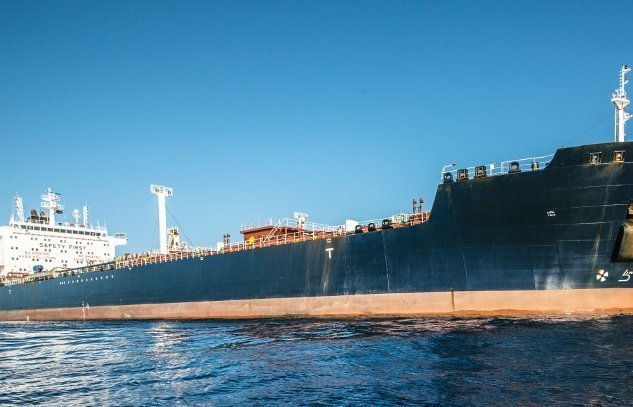 The team that took down Hong Kong’s Noble Group has set its sights on another huge commodities trader. Iceberg Research, whose incendiary reports on Noble’s accounting practices from 2015 onwards sparked the dramatic decline of what was Asia’s largest commodities trader, now claims mighty Trafigura, one of the world’s top energy and metal traders with revenues in excess of $180bn last year, has also been cooking its books.

The report entitled ‘Trafigura ignores market prices to fabricate profit and hides sizeable losses on its balance sheet’ issued on Wednesday targets Trafigura’s 49.5% stake in Porto Sudeste, an iron ore port in southeast Brazil, which Iceberg states is in trouble with dissatisfied customers. The port’s carrying value is a modest $42m on Trafigura’s balance sheet as of September 2018 according to Iceberg. Trafigura also holds debt securities of Porto Sudeste with a much more substantial carrying value of $490m, Iceberg states.

“Trafigura values at $490m the junior debt securities of a company with significant uncertainty as a going concern. In our experience, companies that ignore market prices to value listed securities and prefer their own cash flow model inevitably have to face reality,” Iceberg’s new report states, coming months after it had brought the Noble Group to its knees.

“Trafigura is not listed so it has no incentive to boost its share price, but it has a massive $33b debt, very large operating cash outflow, and covenants that would probably be affected by the impairment of these assets,” Iceberg stated, adding that it will shortly cover other issues on Trafigura’s financial statements.

In Iceberg’s opening paragraph, the analysts state: “We found that Trafigura ignores economic reality to aggressively overvalue hundreds of millions in debt securities issued by an associate. In our opinion, the group has fabricated profit via an accounting loophole.”

In an emailed statement, Trafigura claimed: “The securities represent 5 percent of Trafigura’s non-current assets as of 30 September 2018. Detailed and specific disclosures on Porto Sudeste are provided in Trafigura’s audited financial statements. Trafigura has always followed a conservative approach to the valuation of its assets. This principle is part of its risk management framework, supported by strong governance anchored in Trafigura’s partnership model.”

The driving force behind Iceberg was finally revealed in August last year. Arnaud Vagner, a Frenchman, formerly a senior credit analyst at Noble, admitted he was the main man behind the demise of Noble, whose net worth slumped from $10bn to less than $115m after Iceberg started digging into its accounts.

Speaking with Splash on Wednesday, Vagner compared the Brazilian port investment to Noble’s valuations of asset Yancoal, one of the first red flags that Iceberg pursued when going through the books of the Hong Kong commodity trader. Like Noble, Vagner went on to suggest that Trafigura’s accounting practices had similarities with Enron, one of America’s largest bankruptcies 18 years ago thanks to accounting fraud.

“The overvaluation of Porto Sudeste is actually very similar to the overvaluation of Yancoal done by Noble. You can compare with Enron in the sense an accounting loophole is used to very aggressively overvalue assets, which Noble and Enron were doing all the time,” Vagner said.