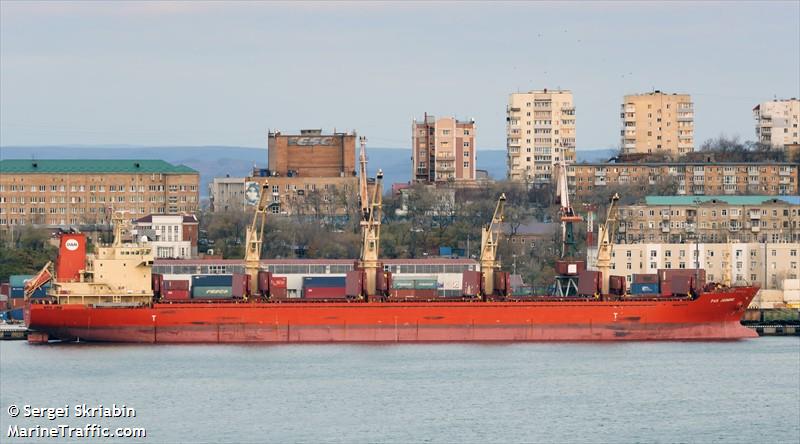 , owned by South Korea’s Pan Ocean, arrived at the Port of Davant on the Mississippi River southeast of New Orleans only to be ordered to leave US waters because of invasive insects found in the dunnage from previous cargo.

US Customs and Border Protection (CBP) agriculture specialists discovered five different pests on the ship, including two that are a threat to US agriculture. The ship has now left for Freeport, Bahamas, for dunnage-disposal services.

Prior to its arrival in the New Orleans area, the Pan Jasmine had offloaded a shipment of aluminum in Vera Cruz, Mexico; the dunnage used to pack the aluminum was found scattered on the ship’s deck. Because normally the dunnage would have been discharged with the product, the inspectors carefully examined the wood and found evidence of the pests.

The larvae of one of the problem insects, cerambycidae longhorned beetles, native to China and the Korean peninsula, can feed on a wide variety of trees in the US, eventually killing them. Cerambycids were discovered in New York City in 1996 and later in Chicago. Within two years, infestations resulted in the destruction of nearly 7,000 trees. Eradication campaigns between 1996 and 2013 were estimated to have cost more than $537m.

The second invasive species found on board was myrmicinae, a type of ant.

“If the dunnage had been offloaded into the US, it would have been put in a Louisiana landfill where the insects could crawl out and invade the local habitat, causing incalculable damage,” said New Orleans Area port director Terri Edwards.