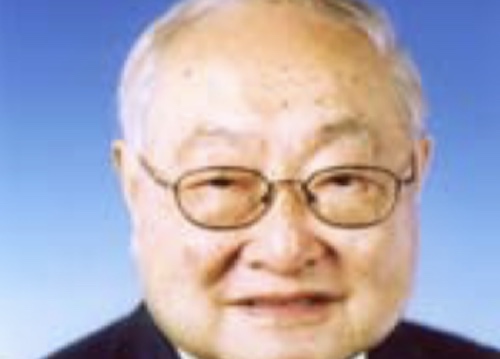 The passing of the founder of IMC, Frank Tsao, has been greeted with a series of tributes from across the world, befitting the stature and respect held by fellow shipowners. Tsao passed away yesterday in Singapore, aged 94. Born in Shanghai, he started his shipowning business in Hong Kong in the late 1940s. During an extensive career he built shipping empires in Singapore, China, Thailand and Malaysia and chaired many top shipping organisations, including a seven-year stint at Intercargo.

Esben Poulsson, chairman of the International Chamber of Shipping (ICS), told Splash today: “Frank Tsao was truly a giant of Asian shipping, whose activities significantly contributed to Asia’s rise as a major force in shipping. Uniquely, these activities began in Hong Kong, but subsequently went on to include Thailand, Singapore and Malaysia . A genuine Asian shipping titan, with global influence.”

“Frank Tsao was a giant of a man, and one of the forerunners of Asian shipping,” commented Caroline Yang, the president of the Singapore Shipping Association.

Tsao was one of the founding members of the Hong Kong Shipowners Association (HKSOA). He was chairman of the influential body from 2003 to 2005, during which time Arthur Bowring served as his managing director. Bowring commented today: “Frank had very strong views on all issues the association dealt with and normally managed to persuade other committee members to agree with his opinions. His great interest was the promotion and protection of Asian shipping, and was a great supporter of the Asian Shipowners Forum, as it was at the time.”

“Frank Tsao was indeed an icon for our industry, not just in Hong Kong, but internationally. He pursued his passions for our industry with a level of intensity, focus and endurance, beyond what seemed humanly possible. He has left a remarkable legacy for his family members, partners, shareholders, and employees, to continue to grow by contributing to industry, and to society as a whole. The HK shipping community will miss him greatly,” said Jack Hsu, the current chairman of the HKSOA.

A contemporary of his for much of his career, Dr Helmut Sohmen, who retired from BW Group five years ago, said of Tsao: “He was a determined individual with interests in many different environments and a pillar of the Asian shipowning community for many years.”

Illustrative of his humble attitude to life, Edward Ion, founder of Singapore-based Helix Media, recalled meeting the tycoon on a Cathay Pacific flight many years ago.

“There was this little man on his own in a light coloured suit sat by the window in economy class. We got talking. I knew who he was but could not believe it was him,” Ion recalled.

“I can’t be bothered with the fuss in business class,” Tsao confided as the flight headed over the South China Sea.