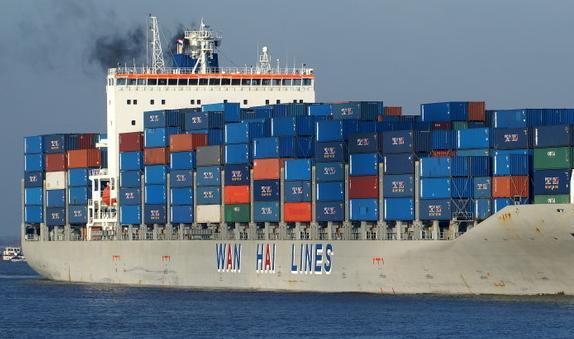 Liners ranked 21 to 40 in the world have grown their capacity by a combined 14% so far this year. Is this smart, muses Lars Jensen from Seaintelligence Consulting?

The macro-level development in the liner shipping industry has largely been driven by the mega-carriers in the past years, with especially the injection of the new generation of 18,000 to 21,000 teu vessels, the shake-up of the alliance structure and the unprecedented pace of mergers and acquisitions in 2016. Hence it is only natural that the spotlight has been aimed at these carriers.

However, one should not lose sight of the fact that once we go beyond the main deepsea trades, the liner shipping market continues to be comprised of a large amount of regional niche carriers. These are the ones that serve vital local markets, often having been in a specific niche for many decades. And in addition to serving local smaller markets, many also provide feeder services for the mega carriers to locations inaccessible to the global networks plied by the mega ships.

Of course, these carriers also come in a variety of sizes, ranging from the largest non-alliance carriers such as PIL, Wan Hai and Zim to very small niche operators with geared vessels only taking a few hundred teu. But amongst the largest of these niche carriers, we are seeing a trend in 2017 which points towards a rapid escalation in the competition within this niche.

In the period from January to May 2017, the world’s 20 largest carriers grew their combined capacity by 4%. In a market with a baseline outlook of 2% to 4%, and a very positive 10% demand growth in Q1 2017, this appears to be a prudent approach if we are to restore some semblance of market balance.

However, the next 20 carriers, ranked 21-40 globally on account of their fleet size, increased their combined fleet capacity by more than 14%. Smaller niche and regional carriers also did not show such a staggering growth.

Although these carriers have increased the number of vessels they operate – and hence their service portfolio – the main part of the capacity injection is due to the phase-in of larger vessels, replacing smaller vessels. Clearly this signals an aim to achieve scale benefits, but, as is well-known, such benefits will only materialise if the larger ships can actually be filled with cargo – and ideally said cargo should also be profitable. Consequently these larger regional carriers have placed themselves in a situation where they must increase their volumes – and by extension their market share – significantly in 2017.

In the aggregate, this shows a level of aggressive ambition of expansion, and given that most liner shipping trades are zero-sum games, only some of these carriers will emerge as the ultimate victors of this game. The victors may indeed achieve the targeted scale benefits, but for some, the path towards that point in time might be very bumpy. Until such victors emerge, the scene is set for a significant fight for customers to fill the raft of larger ships making their way into the niche trades, and unlike for the main global carriers, it will not be uncommon to see regional carriers go out of business.

This article first appeared in the just published latest issue of Maritime CEO magazine. Readers can access the full magazine for free online by clicking here.