Greek shipowners led by John Angelicoussis could be set for an early Easter if all the VLCCs taken on subs this week actually materialise.

Around 30 VLCCs have been provisionally booked, mainly in six-digit territory, as the oil taps are firmly opened in the Middle East and Russia with crude set to flood the markets in the wake of OPEC+ discussions breaking down at the weekend.

The spikes seen in the VLCC sector – with rates hitting just shy of $300,000 a day – have brought back memories of six months ago when a slew of tankers were taken on subs for six-digit figures days after sanctions hit a portion of the Cosco tanker fleet. Those deals failed to materialise however and there is a growing feeling among tanker experts that many of the most eye catching deals done in recent days will also fall by the wayside. 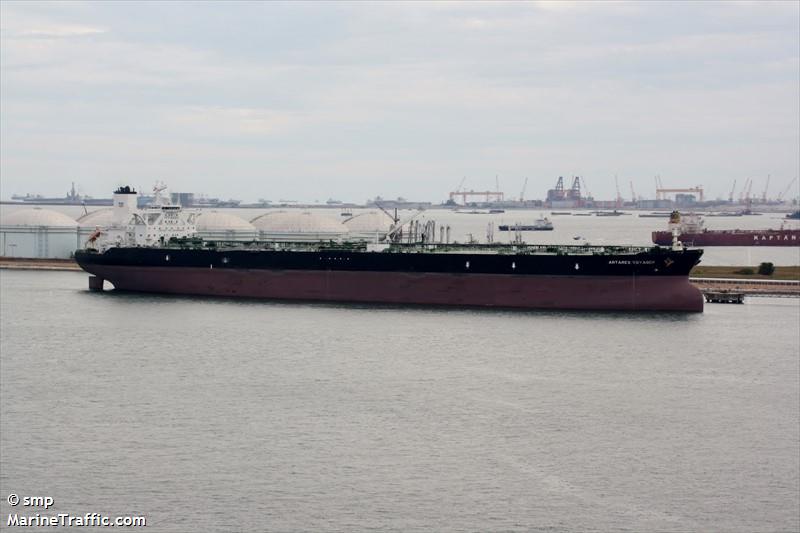 has led the way. The Angelicoussis ship was taken on subs yesterday by Thailand’s PTT for a time charter equivalent including idle days that works out at a record breaking $299,982 per day.

Very few VLCCs have actually been firmly fixed this week however. The last ship to be fully fixed was another Angelicoussis ship, the 2010-built scrubberless Maran Arcturus, chartered by Koch on Tuesday for a a time charter equivalent including idle days that works out at $85,216 per day for the voyage from the Arabian Gulf to South Korea later this month. The only other VLCC fixture confirmed as fully fixed this week is for the scrubber fitted 2009-built Front Katherine, which Bahri Oil Transportation took as the tanker markets began to escalate on Monday at $33,814 per day.

In an update today, London-based Freight Investor Services observed: “Saudi Arabia is unleashing a wave of crude toward Europe, traditionally the backyard for Russian oil sales, pledging to supply regional refineries with as much as triple their usual intake from the kingdom.”

“While some of the higher-cost producers are likely to cut output due to the low prices, April is set to see the sharpest month-on-month increase in production on record, and that should keep tanker demand and vessel earnings high for a while,” analysts at brokers Arrow noted in a tanker report. 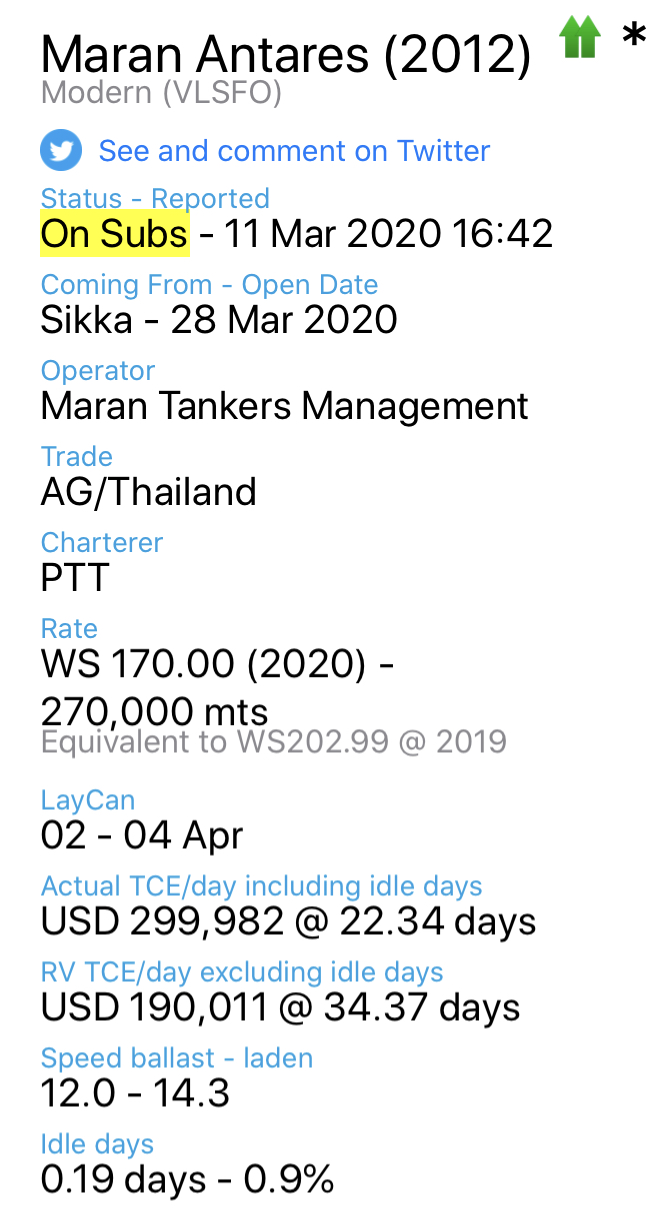