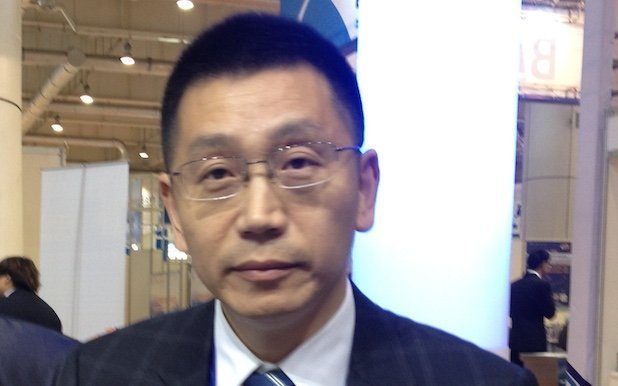 Dalian: China’s efforts to promote LNG as a fuel for ships have not been a huge success to date. The latest issue of SinoShip magazine shows that despite generous subsidies on offer to convert ships to run on LNG, Beijing’s bid to have more than 1,600 vessels with gas engines by the end of next year looks wildly optimistic. Nevertheless, there are a raft of local pioneers promising to usher in a maritime revolution and back up central government’s promise to make all forms of transport more green.
Lijun Zhou is the ceo of Aoshan, a company based in northern China’s Liaoning province, that has been engaged in manufacturing all sorts of LNG-related technology for the past 17 years, turning its attention to shipping in the past couple of years.
Aoshan has formed a business cooperation agreement with China’s top state-run shipbuilding conglomerate, CSSC, and has recently won its first order for an LNG-powered ship, a sand carrier for an unspecified Chinese owner. While initially Aoshan is focusing on ships of up to 100 m in length, it has the capabilities to handle all ship types, Zhou insists.
China has set targets to have 10,000 LNG-fuelled ships in the future, Zhou says. “In the future LNG as a fuel will be a big market. Now owners are just waiting for sufficient available supply,” Zhou says.
Aoshan’s advantages are, Zhou says, in its strong R&D commitment, its focus on sectors outside of shipping and the fact that its LNG powered ships unlike many other competitors also power things other than just the engine such as cooling equipment, ventilators, air conditioners and water supplies. [22/10/14]