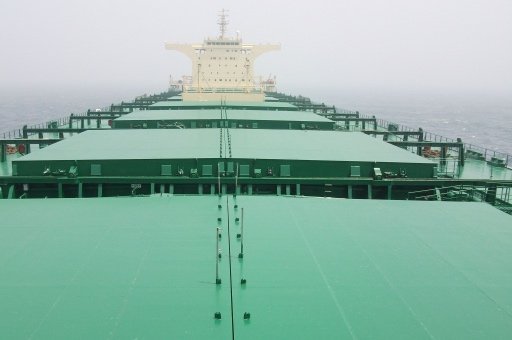 Capes ducked below $2,000 a day yesterday with losses mounting  and the record low for this bulk carrier type standing just $7 away.

Latest data from shipowning organisation BIMCO suggests on average every cape trading has lost around $1.35m so far this year.

Freight rates must hit $15,300 per day for an average capesize to break-even, according to BIMCO data. On average this year, capesize ships have lost $9,961 per day.

BIMCO said yesterday it expects rates to recover slightly but on average remain at loss-making levels for the rest of the year.

“The average earnings are just $7 shy of their historical low with underperforming Brazilian shipments, long list of ballasters and depressed demand ex-China, not just for iron but also for coal,” BIMCO noted in a new report.

“It seems with each week that passes we find ourselves pondering if this is the bottom of the current decline. Sadly so far we’ve been disappointed with the reality that has followed. This week we have seen vessels fix at negative TCE return via Malaysia to China,” Braemer ACM noted in a dry bulk update.

Some capesize vessels are now aggressively pursuing transatlantic panamax stems in an attempt to find employment in the short term, Braemar ACM noted.

As for the FFA markets, the situation is equally grim with Braemar ACM reporting: “With an index that has rightly now been marked sub $2,000, and with a total absence of buy signals, we have continued the slow march to zero.

“A surfeit of ballasters combined with under employed vessels in the north have combined to rapidly push rates lower on the fronthaul, heaping yet more pressure on an already beleaguered curve.”

Attention is now turning to February 2016 when dry bulk hit its absolute nadir with many brokers beginning to compare the two periods, especially from a vessel valuation point of view.

A 15-year-old cape four years ago cost around $6m, whereas today a similar aged ship is priced at $12m.

The difference, as pointed out in a new report from Thurlestone Shipping, is that the shipping world in 2016 was facing the rear end of its own “self-made virus”. The overhang of newbuildings in the market at the time was massive and the sailing fleet was only entering an extended period of demolition .

Other broking reports also highlight key differences between 2016 and now with today’s cape orderbook approximately 40% less than it was in February four years ago. Just 8% of the current fleet is on order compared to 15% at the start of 2016.

Another key difference between the two troughs, helping explain the asset value erosion seen in 2016, is that distressed sellers, in the form of European shipping banks, were still exiting the sector back then, a process that has largely come to an end now.