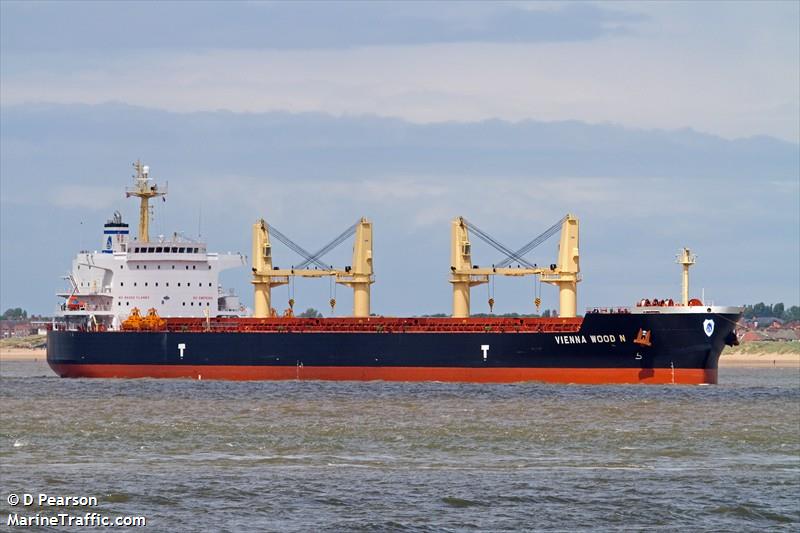 , accused of colliding into a fishing boat .

14 crew from the fishing boat are missing presumed dead after it sank on June 27.

The Nomikos Transworld Maritime-owned ship has been detained at the port of Batangas. The master and officers of the Chinese-crewed ship have been charged and could face lengthy jail sentences.

“We understand from local media reports that charges will be filed against the Master and officers of MV Vienna Wood N and AM Nomikos by the owners of the other vessel, although we have not as yet received official confirmation of this. The owners, managers and crew are continuing to co-operate fully with the investigation still being conducted by the Philippine authorities. The vessel remains at Batangas Bay, having taken part in last week’s search and rescue operation. Our thoughts are with the missing crew members of the other vessel and their families at this difficult time,” a spokesperson for the Greek owner told Splash.