Scrubbers and their questionable discharge are back in the news today with the Marine Environment Protection Committee (MEPC) and its sub-committee on pollution prevention and response meeting at the London headquarters of the International Maritime Organization (IMO). In a busy schedule for the sub-committee, the liquid effluent from exhaust gas cleaning systems will be discussed on the back of an IMO-commissioned report that suggests the chemicals being pumped out from scrubber-fitted ships into the world’s oceans could make their carcinogenic way into the human food chain.

The 121-page report compiled by GESAMP, an acronym that stands for the IMO/FAO/UNESCO-IOC/UNIDO/WMO/IAEA/UN/UN Environment/UNDP/ISA Joint Group of Experts on the Scientific Aspects of Marine Environmental Protection, argues that not enough data has been compiled to fully understand the effects discharges of polycyclic aromatic hydrocarbons (PAHs) from open-loop scrubbers have on the marine environment.

“The environmental aspects of EGCS washwater… determined the effects to humans because of the secondary poisoning of aquatic species that may find their way to human food via bioconcentration and biomagnification,” the report submitted by the IMO secretariat states, going on to explain that the washwater from open-loop scrubbers may basically contain most of the chemical species present in the exhaust gas of the marine diesel engines, with the the species of concern for the human food chain being suites of metals, PAHs, volatile organic hydrocarbons and chlorinated hydrocarbons.

The authors of the report noted that a 2011 study from the US Environmental Protection Agency analysed data from scrubber water chemical analyses from three different vessels and compared them against US national recommended water quality criteria (US NRWQC). The study concluded that for heavy metals and PAH, IMO guidelines washwater limits may not be sufficiently protective, since measured values exceeded US NRWQC. The GESAMP team acknowledged the use of the US NRWQC, but stated its preference for the use of more suitable guidance values, such as guidance values derived for contaminants in food, to be used in a human health risk assessment.

The GESAMP report observed that contaminants in the washwater discharge from scrubbers were of potential environmental concern in open waterbodies with heavy ship traffic such as straits, shipping channels and canals, and/or enclosed or semi-enclosed waterbodies with weak flushing such as bays and harbours. Use of open-loop scrubbers has been banned in many ports across the world over the last 12 months.

The GESAMP report recommends the IMO revises its existing PAH guideline limit, including revision of its definition, methodology of determination and its limit level. The development of a new limit guideline for selected trace metal concentrations in scrubber washwater effluents was also recommended.

“Considering the complexity of the topic and its importance for the marine environment, the Task Team recognized a great need for more interdisciplinary research development to better predict ship emission and the use of EGCS and their chemicals impacts on acidification, eutrophication and related climate feed backs,” the report concluded.

A submission by China on the topic states that the use of scrubbers can effectively reduce the atmospheric pollution of ship exhaust gas. “But at the same time, it will transfer pollution from atmosphere to water,” the Chinese submission states.

The lack of toxic data on scrubber discharges has sparked swift recriminations from environmental groups around the world with Lucy Gilliam, a campaigner for the Brussels-based NGO Transport & Environment, telling the Guardian newspaper in the UK today, “Ships should not be allowed to use scrubbers if the IMO has no idea what the consequences will be for human health and food chain contamination. The surge in scrubber use means that increasing amounts of PAHs will accumulate in sediment over time, and no one knows what the impact on human health will be.”

Christopher Elliott, a professor at the Institute for Global Food Security at Queen’s University Belfast, told the same newspaper, “Any increase in PAHs at the bottom of the food chain can have a negative impact on human health over the long term, damaging immune systems and potentially increasing susceptibility to cancer.”

The Clean Shipping Alliance, a lobby group for companies that have invested in exhaust gas cleaning technology, remains adamant that sufficient research has been conducted and discharges from the devices are safe for marine ecosystems. 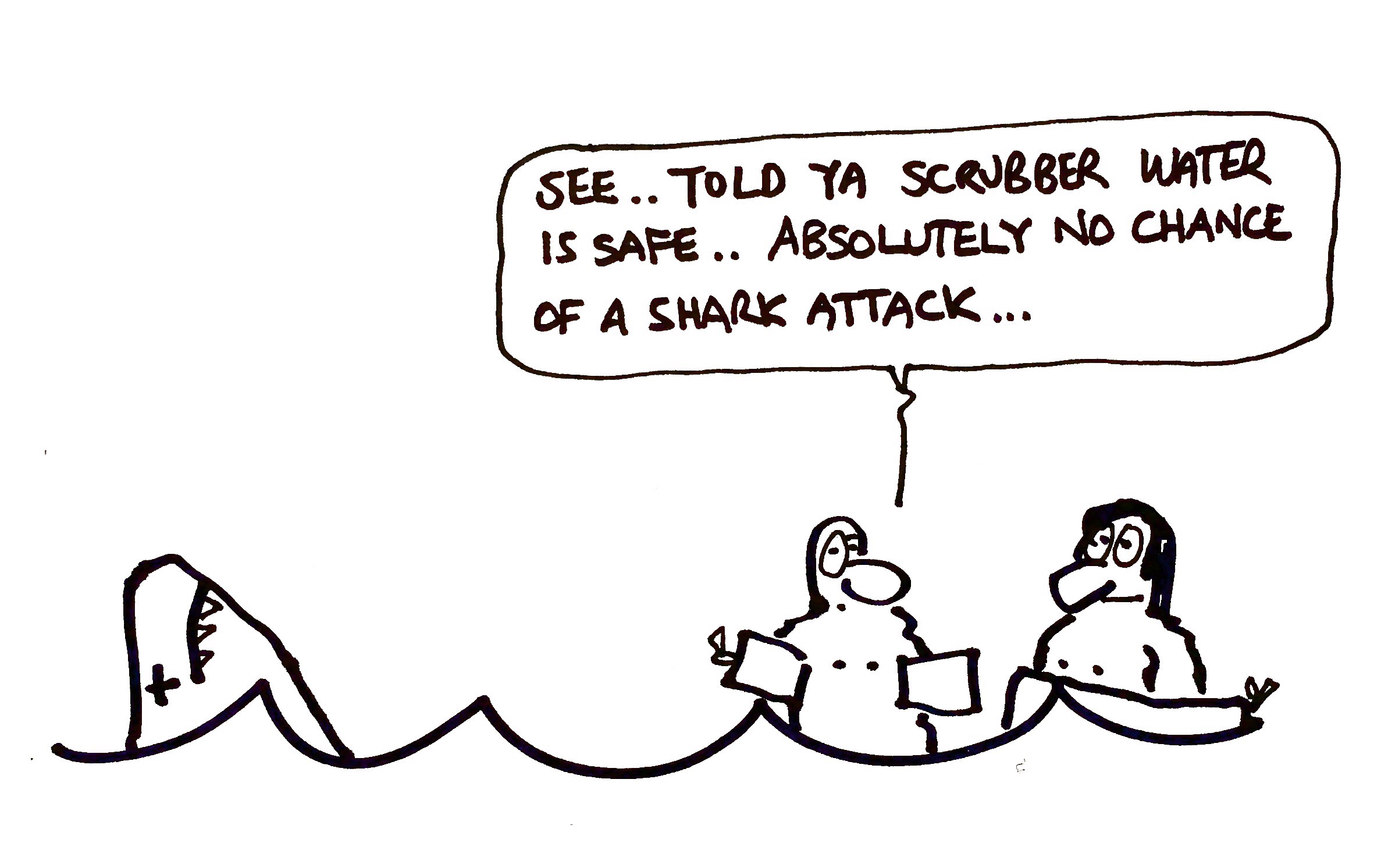