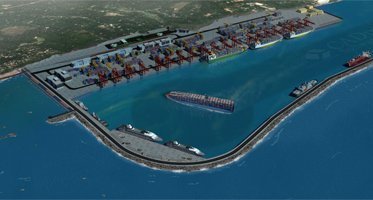 Thiruvananthapuram: An empowered committee headed by the Kerala state Chief Secretary has recommended to the state cabinet the lone bid of Adani Ports and Special Economic Zone (APSEZ) for the Vizhinjam port project.

The Ahmedabad-based Adani Group, which had put in the bid on April 24, and also sought a grant of INR16.35bn ($255m) from the central and state governments for the project, will build the port superstructure and operate the proposed international container transhipment terminal at Vizhinjam. The state will take up construction of the breakwater and the fishing harbour.

The board of the special purpose vehicle, Vizhinjam International Seaport Ltd, will meet in Thiruvananthapuram on May 13 to ratify the decision of the empowered committee. Following this, the bid will be referred to the state cabinet for its final approval.

The empowered committee had considered the global bidding process, procedures followed, and the Central Vigilance Commission guidelines before referring the bid to the cabinet.