Crew aboard a ship at a BHP terminal in Queensland claim they are being starved and underpaid, in what the International Transport Workers’ Federation (ITF) claims today is another instance of the miner’s “veil of secrecy” over its operations in Australian waters.

A seafarer aboard an 80,000 dwt bulk carrier, the Villa Deste 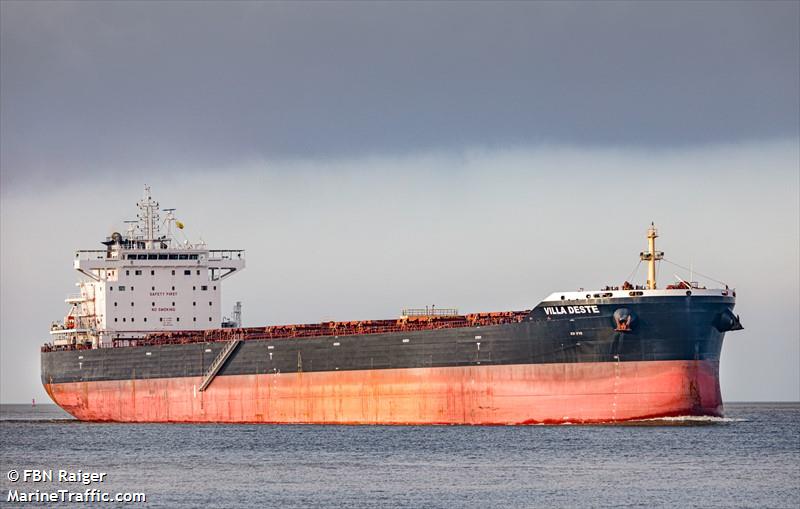 , contacted the ITF pleading for help. The crew claims to have no food and no onboard wages, and are being fed on a $4 food budget per day.

The ship is owned by Greece’s Evalend Shipping.

The ITF claimed today that BHP is blocking the trade union’s requests to inspect the vessel, currently at anchor at BHP’s Hay Point Coal Terminal in Mackay, north Queensland.

“Seafarers are starving at BHP’s terminal in Queensland, and if BHP continues to deny the ITF access, ignoring these seafarers’ most basic rights to be fed and paid, then it is no better than the worst flag of convenience operators,” said ITF national coordinator Dean Summers.

The ITF also inspected another vessel owned by Evalend July last year. ITF inspectors found similar issues onboard the Penelope L with seafarers employed on the lowest conditions possible and decaying food being offered to the crew (pictured below).

Evalend today denied the claims made by ITF. In a statement to The Australian newspaper the shipping company stated: “We have immediately contacted the master of the vessel Villa Deste …[The] master came back confirming that there are no complaints from the crew, on the contrary crew are very happy with conditions on-board our managed vessel.”

Evalend denied there were any outstanding wages and they were supplied with food and provisions.
“[The] master has obtained a written statement from all crew on-board that they are very happy with the company and the vessel.”