China has labelled Australian coal as poor quality as hundreds of seafarers languish on stranded bulk carriers off the Chinese coastline, unable to offload their cargoes in the ongoing political spat between Beijing and Canberra.

More than $500m worth of Australian coal is on ships anchored off Chinese ports, according to Bloomberg with data intelligence firm Kpler tracking about 5.7m tons of coal and approximately 1,000 seafarers on the 66 stranded vessels at anchorage in China, most of them off the northeast coast near the ports of Jingtang and Caofeidian.

Canberra and Beijing have seen relations sour significantly this year with Australia leading the charge to investigate the origins of the coronavirus. China has slapped bans on a host of Australian products in response.

“In recent years Chinese customs have conducted risk monitoring assessments on the safety and quality of imported coal, and we found that many coal imports have failed to meet environmental standards,” a government spokesperson said in Beijing yesterday.

Crew of one bulk carrier stuck at the Jingtang anchorage over the past five months issued a public letter on their plight this week.

“The crew on board is like political hostages and slaves owned by charter and cargo owners. This is a violation of human rights. We are humans and have rights for our freedom,” the crew of the Knightship 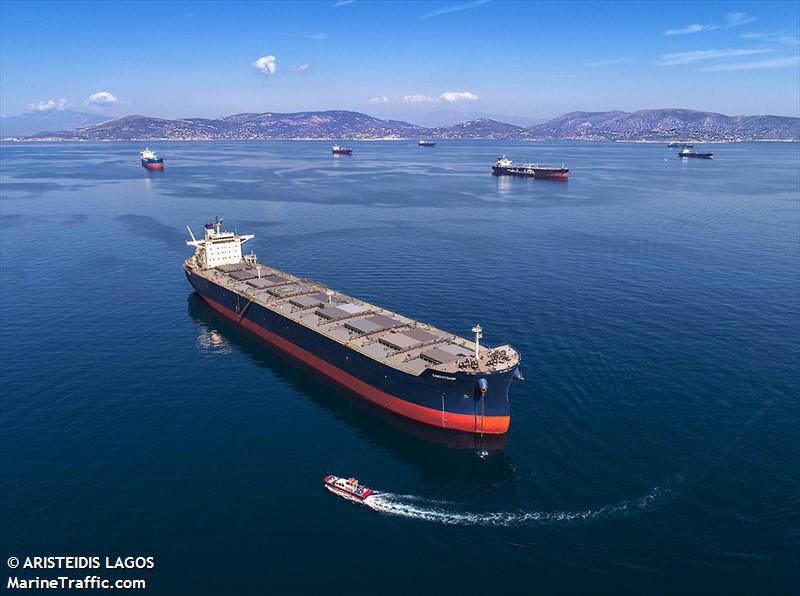 bulk carrier wrote in an urgent plea to resolve the political impasse.

One winner from the Australian coal ban has been Russia. In the first 10 months of the year seaborne imports of Russian coal to China have leapt 40% year-on-year. However, Russia does not have the production capabilities to fill in for all of the potential missing Australian coal with brokers Braemar ACM suggesting recently this could translate to more long-haul trade from Canada and the US, as well as a likely increase in the flow of overland coal volumes into China from Mongolia.