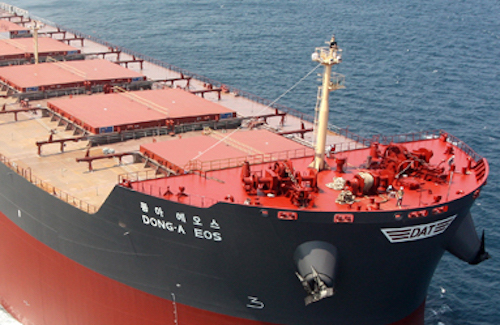 The company can not sell or dispose of any assets, while the creditors of the company will not be allowed to seize any asset of the company during the interim protection period. Currently, a rehabilitation scheme for the company is under planning.

Dong-A said last week it had to go down the bankruptcy protection route because of “strong pressure” from state-backed banks, Korea Development Bank (KDB) and the Korea Export-Import Bank (KEXIM). Splash understands that it was a failure to refinance the company’s car carriers that forced it to seek court protection.

Founded in 1968 with a 17-strong fleet today made up of two bulkers, four containerships, eight tankers and three car carriers, Dong-A is a well-known name on the Asian shipping scene. Its application for court receivership has caught many by surprise, having been in profit in recent years.