Container ports across the world aside from China are set to face imminent congestion as a swathe of boxes sent for shipment from factories in Asia arrive at their import destinations.

Shipping lines started calling at Chinese ports again three weeks ago as the infection rate in China declined and production resumed. Some but not all of the schedules blanked during February were reinstated as outputs started to rise again and a lot of boxes stranded during the initial lockdown finally sailed.

However, over the past 10 days the Covid-19 impact has dramatically hit consumer demand in American and European markets and buyers started cancelling orders as non-essential retail outlets closed and commerce generally shut-down.

“This leaves a fair tonnage of goods already on the water on their way to western markets, most bought FOB or FCA, which means the buyer will need to manage them once they arrive,” James Hookham, secretary general of the Global Shippers Forum, told Splash.

The inbound unwanted containers are triggering forecasts of congestion in port stacking yards and sparking debate about demurrage charges and storage policies.

“With inland transport services under pressure due to driver availability, the next two to four weeks will be a busy time for importers as they attempt to manage their inventory in-country,” Hookham said.

Splash reported yesterday how the number of blanked sailings for the coming months has rocketed over the past week with 2M partners MSC and Maersk leading the way, cancelling 21% of Asia-Europe capacity in Q2.

THE Alliance carriers have now blanked 15 Asia-Europe sailings from week 15 to week 19, slashing their capacity on this tradelane, like 2M, by 21%.

Writing on LinkedIn, container shipping expert Lars Jensen from Sea-Intelligence noted that there has yet to be any mass reduction announced on the transpacific trades, but it might be expected that the pandemic impact in the US would be of a similar magnitude as in Europe.

“If that is the case, we should expect to see some 10-11 services blanked every week in the Transpacific while the pandemic impact peaks,” Jensen suggested.

The virus has hit rates with freight rate benchmarking platform Xeneta seeing a dip of 0.5% in rates for March after a sustained period of growth, with worse to come.

Patrik Berglund, Xeneta’s CEO, commented in a release today: “The economic downturn and a widespread drop-off in consumer spending is unlikely to give way to rapid recovery. This creates a hugely challenging environment for carriers, who will need to ensure adequate measures are taken to prevent a sustained drop in rates.” 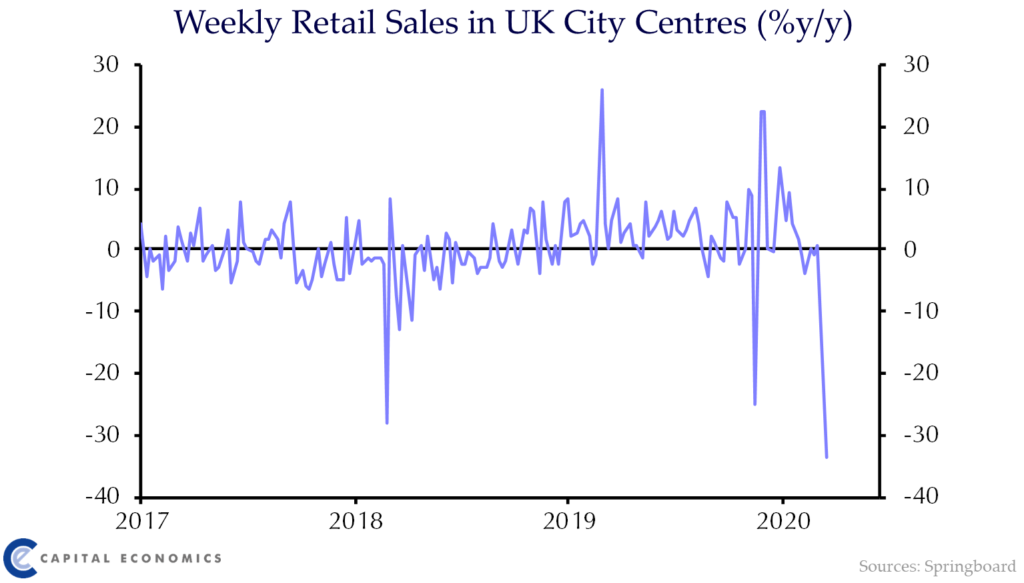